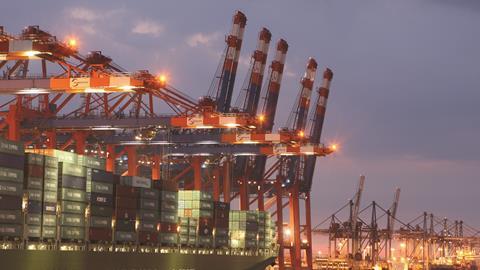 How much should markets be protected from cheaper imports? When does healthy competition become ‘dumping’?

There is a subtle kind of self-contradictory comedy in seeing multinational corporations complaining that their competitors are unfairly receiving government subsidies, while they themselves petition government for tax breaks and subsidies of their own. What is described as an ‘unfair advantage’ when it works against you becomes ‘supporting national interests’ or ‘levelling the playing field’ when it works in your favour.

Of course, there are shades of grey, and that’s why the politics of international trade is so complex. No more so than when it comes to ‘dumping’ – flooding a market with cheap product (often below cost price) in an attempt to grab market share, or even put higher-cost competitors out of business. Dumpers are willing to take a short-term financial hit, on the assumption of greater profits once they increase their power in the market.

Established players have every right to cry foul when dumping practices are blatant and aggressive, and governments regularly investigate and raise import tariffs to try to prevent it. But how aggressively nations act to protect their domestic interests varies wildly. Both the EU and US have recently imposed tariffs on cheap Chinese steel – widely blamed for the decline of the UK steel industry – but at vastly different levels. While the EU is taxing imports at around 13–74%, the US has slapped duties of over 500% on some types of steel after a dispute during its anti-dumping investigations.

In the chemicals sphere, particularly for low-margin bulk products, there seems to be a more-or-less constant cycle of accusations and investigations – with varying outcomes in terms of enforcement. The EU is currently investigating cases involving products from tartaric acid and ammonium nitrate to ferro-silicon and solar panels, while a new petition by four major US polymer producers alleges that polyethylene terephthalate (PET) manufacturers in Brazil, Indonesia, Pakistan, South Korea and Taiwan are selling their resins in the US below the ‘fair value’, and DuPont spin-off Chemours claims Chinese and Indian polytetrafluoroethene (PTFE) producers are dumping their products in the US. On the other hand, the EU lifted its anti-dumping tariffs against Chinese PET in January, and tariffs against Indian PET are due to expire in 2018.

Different governments take different views on how fiercely their domestic producers should be protected, and companies will naturally seize opportunities to gain a competitive advantage (or neutralise a competitor’s). But there’s a fine line between levelling the playing field and forcing foreign competitors to run uphill into the wind.