Because it isn’t there

Why do chemists do what they do? The underlying philosophy for many of us is the same as it has been for centuries

In 2008, I attended the 11th Dalton Discussion meeting, The Renaissance of Main Group Chemistry, at the University of California, Berkeley, in the US. Most of the invited talks were short – only around five minutes – in the tradition of the long-standing Faraday Discussion series. That’s partly because the work had already been circulated to all participants as a full peer-reviewed paper, so the talk was only intended as a refresher. But the underlying reason was to give the bulk of the meeting over to dialogue and discussion, rather than listening to lone voices for long periods of time. 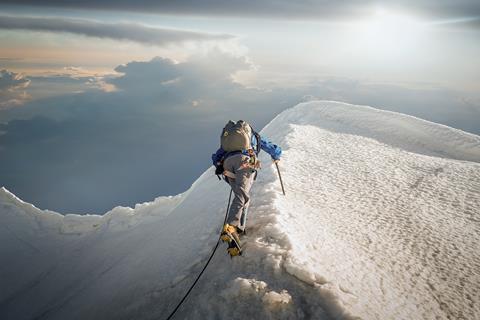 The format was at least a partial success, because it’s the discussions that stick in my mind nearly 14 years later, rather than any of the talks. In particular, I recall a comment from Alan Cowley of the University of Texas at Austin: answering a question about why his group had made a particular compound, Cowley replied ‘Because it isn’t there.’

Cowley explained that he was referencing UK mountaineer George Mallory’s famous reply to the question of why he wanted to climb Mount Everest, on which he would tragically die in 1924: ‘Because it’s there.’ To a mountaineer, that is reason enough.

And the same – or rather the opposite – is true for chemists. For all the justification of potential new properties or applications, often the challenge and eventual satisfaction of creating a real, physical sample of a substance nobody has ever made before, and which may never have existed anywhere in the universe, is reward enough.

Cowley sadly died in August 2020, leaving a legacy of many hundreds of papers published, many students trained and many compounds made for the first time in his lab. But those four simple words go a very long way towards summing up a whole discipline.

Chemistry creates its own object, as the 19th century chemist Marcellin Berthelot put it. For a great many chemists, this is still true. Long may it remain so.