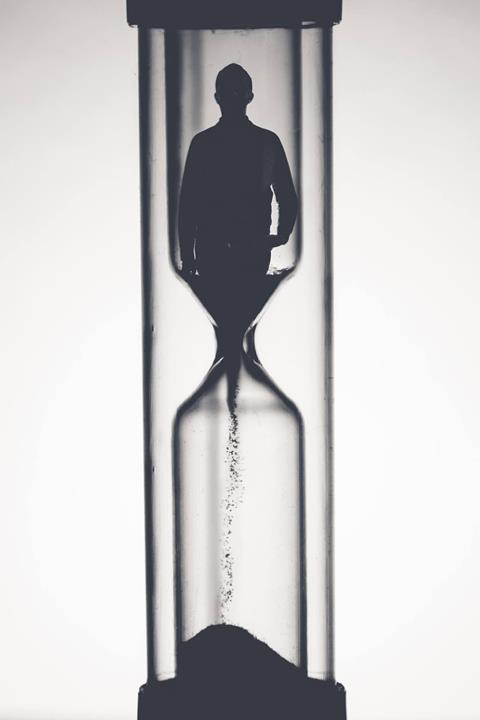 How much of a researcher’s time could be used more efficiently if projects were planned better?

I was in a brilliant seminar by an American academic recently, and wondered how his group screened just so many conditions for its latest clever transformation. Questioning him later, I received the answer I half expected: a veritable army of postdocs.

We often cannot predict which factors will cause a reaction to work well or not, particularly where catalysis is concerned. This keeps a lot of computational organic chemists busy, elucidating transition states and mechanisms for their (sometimes) grateful synthetic colleagues. However, even before the computationalists get involved, most projects include or begin with a screen. A selection of likely-looking ligands, additives, and other relevant factors are tested under otherwise identical conditions to see how they affect the transformation. Sensible experimentalists often include a few sets of conditions they expect not to work so well, to account for their own biases.

When the army of postdocs isn’t available, it can take months to traverse an initial screen. Planning and project management seem to be undervalued parts of academic research. From a brief survey of my own and my friends’ diverse experiences, a lot of projects start by linearly chugging through hypotheses, additional questions drifting onto and off the agenda as time meanders on. Often, each factor is studied separately. First ligands are tested, then a few bases, then solvents, and finally temperatures, in a relatively haphazard way because ‘if we knew what we were doing, it wouldn’t be called “research”’.

Despite not knowing what we are doing, we can plan to do it better. Simply setting up the screens for every initial hypothesis at once can significantly decrease the total time, although this does require starting materials that are available in bulk. The requirement for complex workup, or a slow analytical method such as manually-loaded 1H-NMR can bump up the total time. However, instead of sucking it up, it’s possible that, as a field, we can learn to organise projects to avoid these limitations.

For industry projects, the mantra is ‘fail fast’. Knowing that a high proportion of efforts will founder, the business goal is to let unavoidable failure rear its head as soon as it can, saving millions of dollars and a great many scientist-hours that would otherwise be wasted.

Project management sounds like a buzzword, but is really a manifesto for efficiency and achievement. One way to increase time efficiency is lauded by legendary chemist and philosopher George Whitesides – plan your project as if writing a paper.1 Research starts with an idea, followed by testing a series of hypotheses, followed by pushing some boundaries to see where the hypotheses collapse, then finally describing a meaningful contribution to the world’s scientific knowledge. Of course, in reality this is never a linear path. Likewise, project management is not just a static plan written at the start of a project – it is based around flexibility. If one ligand takes too long to make, it might be time to re-evaluate its importance to the scientific goals.

Shrewd use of statistics can help, for example design of experiments (DoE) software. This can speed up the screening process by allowing fewer total experiments to be run, and, if material allows, setting them all up at once. What’s more, DoE can sometimes reveal combinations of different aspects that work well together – for example when triethylamine isn’t the best base and ethanol isn’t the best solvent, but using them both together gives the most promising results of all.

High-throughput screening is another excellent tool, for those with the available resources and enough ideas. Multiple hypotheses are tested at once, often run as every possible combination of conditions. Cutting-edge automation equipment allows reactions on just a few milligrams of starting material with fast analysis.

Sadly, the ‘fail fast’ mantra is largely not echoed in smaller research projects, often due to a lack of driving force. Industry readily justifies its rigorous approach because time is measured in dollars. Scientists’ time is not always valued so much in their training stages, when other factors including dogged rigour and blue sky thinking are praised. However, experience is one of the greatest educational tools, and the real meat of the work can be done once the project has started to take shape. To push the boundaries of human scientific knowledge, we must test hypotheses faster. Designing a good screen is a complex feat, but physically setting up those reactions is not the intellectual part and should not be mulled over. Multiple complex, untested steps to generate your substrates (or ligands) do not allow you to fail fast and move forwards. Perhaps if your lab would take a year and a well-equipped specialist company would take weeks to test your initial ideas, it’s best either to form a collaboration or leave the job to them.

We are all used to reading papers on elegant syntheses where non-strategic steps are minimised. Let’s apply the principles we know so well to how we approach a project, too.