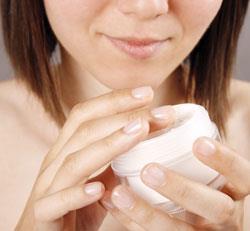 ’Beauty has transformed into amazement and surprise. Emotion takes precedence. It is a surprise that never borders on youthful fantasy’

Is this some kind of weird symbolist poetry? No, it’s Yves Saint Laurent’s ’notion of time’, according to publicity accompanying the company’s new skin cream. Marketing reps apparently figure that this sort of thing will persuade us to fork out 60 quid for a tiny tub of gloop that will keep us looking young, if not exactly ’forever’, then at least until you need more.

So what am I doing here? Have I belatedly decided it’s time to undo half a century of neglect? I’m not even the right sex, for there’s no doubt that the product is aimed at women - not because they look like they need it, you understand, but because they have elected to ’majestically abolish standards’.

Well, I’ve no intention of majestically abolishing my standards, and that’s why I’m scanning YSL’s blurb to figure out if there is anything remotely valid in the claims that are being made for this costly youth lotion. It has been promoted as the Holy Grail of anti-ageing creams, and before it was released in January there were several thousand advance orders in the UK alone. The ’science stuff’ offered by Selfridges is not of the sort that inspires confidence:

’The science behind the brand lies in the groundbreaking technology of glycobiology ... the fruit of more than 100 years of research and recognized by 7 Nobel prizes ... glycans plays a crucial role in cutaneous equilibrium. YSL has identified an innovative combination of glycans, called Glycanactif, which unlock the cells to ... liberate the youth potential at all levels of the skin.’

Painful, but it piques my interest anyway, because I’ve long suspected that glycobiology doesn’t get the respect it deserves, Nobel prizes notwithstanding. In biology, molecular recognition and signalling are often discussed only in terms of proteins, but so much of what happens at the cell surface is mediated by sugars too. That polysaccharide substituents determine blood groups is well known, but glycoproteins - to mention just one of the glycoconjugates in molecular biology - also have central roles in a host of other processes: cell-cell interactions in fertilisation, pathogen attack and immune response, hormone signalling and antifreeze responses.

The problem is that glycobiology is deeply complicated. We don’t yet know quite how glycoproteins, glycans (an umbrella term both for polysaccharides such as chitin and sugar-protein conjugates) and related molecules fold, how their recognition codes function, or how post-translational modification of proteins to give them sugar coats is controlled or has evolved. In short, the protein-nucleic acid discourse in molecular biology has rather neglected the fact that there’s a sugar code too, if not several.

As Peter Seeberger, a specialist in sugar biochemistry at the Max Planck Institute for Colloids and Interfaces in Potsdam, Germany , says, ’We now know that glycans are found on the surface of cells and that they are essential to their binding. With their "antennae", glycans work as vital keys which are able to "unlock" cells to ensure that messages are transmitted in a targeted manner.’

But wait - doesn’t that sound a bit like the Selfridges blurb? And well it might, for the quote is taken from YSL’s catalogue. Seeberger, who is developing carbohydrate-based therapeutics for malaria and Aids,1 is also a consultant on the new skin cream. So perhaps there’s more to it than at first meets the eye.

Glycans (specifically, glycosaminoglycans) are indeed important in skin ageing. They are a major component of the extracellular matrix, and as skin cells age they lose the ability to replenish this material, so that it becomes dehydrated and loses its elasticity: we get wrinkly. Many skin creams contain glycans in order to replenish this matrix. But while YSL’s Glycanactif - a blend of three specific glycans - seems to do this too, it goes further. The glycans apparently bind to the cell surface to initiate signalling pathways that reawaken the cells’ ability to produce components vital to maintenance of the skin: those depleted glycosaminoglycans themselves and the proteoglycan perlecan, which anchors the dermis and epidermis.

In other words, the claim is that Glycanactif really does unlock and revitalise skin cells. Does it work? The YSL leaflet shows enticing ’before’ and ’after’ images of wrinkles, as well as the histology of what’s happening at the microscopic level. It’s not a scientific paper, far less a report of clinical trials, yet there does seem to be some interesting glycobiology at the heart of it all. If only they could rewrite that introduction.