Science, spirituality and scepticism: Philip Ball discusses an award presented to former Royal Society president Martin Rees for work at the interface of science and religion

Science, spirituality and scepticism: Philip Ball discusses an award presented to former Royal Society president Martin Rees for work at the interface of science and religion 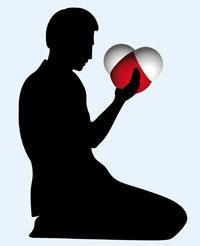 The astronomer Martin Rees, until recently president of the Royal Society, seems nonchalant, even bemused, about receiving this year’s Templeton Prize for work at the interface of science and religion. Not only has he seemingly little idea to what to do with the ?1m prize money, but he confesses to knowing little about the Templeton Foundation beyond what appeared in a recent Nature  article,1 and wasn’t sure why he had been selected.

According to the Pennsylvania-based Templeton Foundation, set up by the late billionaire John Templeton to develop links between science and spirituality, the prize is awarded to people who have ’expanded our vision of human purpose and ultimate reality’. In giving it to Rees, the foundation says that his ’profound insights on the cosmos have provoked vital questions that speak to humanity’s highest hopes and worst fears’.

One thing Rees must have known, however, is that his award would be controversial. Some scientists see it as an attempt to buy respectability for the Foundation through the names of illustrious scientists. In its early days the award went to religious figures such as Billy Graham and Mother Teresa. But Rees joins a list of winners that now includes cosmologists George Ellis and John Barrow, physicists Paul Davies, Freeman Dyson and Charles Townes, and biologist Francisco Ayala. This reflects the Foundation’s energetic determination over the past two decades to focus on interactions between science and religion - topics that some sceptics say have no shared ground. Chemistry Nobel laureate Harry Kroto, one of those who has condemned Rees’ acceptance of the prize, suggests that to qualify you just have to be an eminent scientist prepared to be nice - or at least not rude - about religion.

Rees is no stranger to this disputed territory. He presided over the sacking of the Royal Society’s director of education Michael Riess, an ordained Church of England minister, after remarks that were construed as defending the teaching of creationism in schools. Rees also drew fire from the inclusion of a service at St Paul’s Cathedral, led by the Archbishop of Canterbury, in the Royal Society’s 350th anniversary celebrations last year. Rees has said publicly that he has no religious beliefs but occasionally attends church services and recognises their social role. He takes the pragmatic view that, in battling the anti-scientific extremes of religious fundamentalism, he’d rather have the Archbishop and other moderates on his side. For others, the distance between evidence-based science and faith-based religion is too great to make common cause.

Chemistry might seem too remote from the Templeton Foundation’s goals for the issue of whether to accept its ’tainted’ money ever to arise. Historically, of course, many chemists were profoundly religious. For Robert Boyle, investigating all aspects of nature was a holy duty that deepens our reverence for God’s works. Michael Faraday had to juggle his science and his profound non-conformist Christian beliefs.

Yet surely chemical research can’t directly speak to religious questions today? Don’t be so sure. In 2005, I took part in a Templeton-funded symposium called ’Water of life: counterfactual chemistry and fine-tuning in biochemistry’. While I won’t pretend to have been indifferent to the venue on the shore of Lake Como, I would have declined were it not for the stellar list of other delegates. The meeting was motivated by Harvard biologist Lawrence Henderson’s 1913 book, The fitness of the environment, in which he suggested that water is ’biophilic’, with physical and chemical properties remarkably fine-tuned to support life. The question put to the gathering was: are they really?

Among the many contributions, Ruth Lynden-Bell and Pablo Debenedetti described computer simulations of ’counterfactual water’ in which the properties of the molecule were slightly altered to see if it retained its unique liquid properties. For example, the tetrahedral hydrogen-bonded motif remains, in distorted form, if the H-O-H bond angle is changed from 109.5? to 90?, but the structure becomes more like that of a ’normal’ liquid as the hydrogen-bond strength is decreased. This notion of a ’modified chemistry’ thus may probe how far the chemical world is contingent and how far it is inevitable. Of course, one could say that there is no contingence: things are as they are and not otherwise. But fine-tuning arguments in cosmology confront the mystery of why the laws of nature seem geared to enable our existence. If there’s plenty of slack, there’s no mystery to explain. Counterfactual scenarios can also explore the supposed uniqueness of water as life’s solvent, irrespective of any metaphysical implications.

If you want to know what the meeting concluded, you’ll have to read the book.2 Wary at the outset of an underlying agenda, I saw no evidence of it at the meeting: it was good science all the way. Sceptics are right to ask questions about the Foundation’s motives, but they need to be open-minded about the answers. When such scepticism stands in the way of solid science, we are all the losers.

, 323 Water and life: the unique properties of HChemistry World, November 2010)