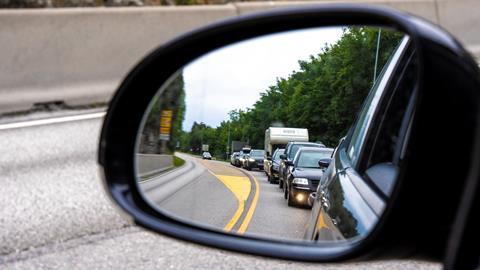 The pandemic has brought quite a change in the way many of us work. Offices have been closed, labs shuttered and the roads have fallen silent. Now, as the restrictions that have kept us at home are being eased in some parts of the world, are we set to return to the way things were, or is this the time for a shake-up in the way we live and work?

Many of us have benefited from homeworking during the pandemic. Like numerous parents across the country, I’ve enjoyed many more family dinners, and all the mess and mayhem of spending time with children who are growing up fast. And while I’ve lost time wrestling with children bursting in on team meetings, I’ve clawed back much more that was previously lost to commuting. Yet homeworking comes with many other challenges. Those who live alone, for example, have had it hardest facing isolation and loneliness, as friendly chats beside the water cooler have been replaced by long afternoons of Zoom calls. Not a satisfying substitute.

Despite the disruption that this new way of working has brought, we have made it… well, work. Concerns that homeworking isn’t feasible for the majority have been dispelled. Advances in video conferencing and secure networking have made it possible for far more jobs to be done remotely.

And that global homeworking experiment has also given scientists a (we hope) once in a lifetime opportunity to conduct another experiment on a global scale. Atmospheric chemists have been monitoring how lockdowns around the world have changed levels of pollutants such as nitrogen and sulfur oxides, particulates and other nasties. Unsurprisingly, levels of many pollutants have fallen around the world as commuting ceased and socialising ended, although the results aren’t as straightforward as you might expect.

One recent study estimated that as many as 10 million deaths per year were the result of particulate matter from burning fossil fuels. Obviously not all these are from commuting, but it’s clear that a big cut in vehicle pollution offers huge health benefits for the world. Other benefits include an improved work–life balance, cleaner, quieter and safer communities, and falling carbon emissions.

To my mind, the choice is clear. Cutting carbon emissions and pollution deaths by curbing commuting is a no-brainer. To take the action that’s necessary to cut emissions fast enough to meet Paris Agreement targets we’ll need to think big as individuals, communities and societies. A huge cultural shift is needed among employers and employees, and happily is something that already appears to be underway. As the global recovery builds up steam, commuting far less should also make it much less onerous to get people out of their cars and on to public transport, or cycling and walking. Slashing the global commute won’t head off climate change on its own, but it’s another important piece of the puzzle that can help us make headway. After all, there’s no place like home.