It can be incredibly demoralising to be unable to run a simple reaction in the lab. The literature describes a simple displacement that should work just fine, but after one or two tries with sodium hydride, it’s clear that the starting materials are looking at one another like two sullen teenagers at a church picnic: ‘What do you want to do?’ ‘I dunno – you?’ We didn’t really want to take a sodium hydride reaction to kilogram scale, and it wasn’t working anyway – maybe the sodium hydride was old. So there I was, screening reagent conditions for a simple carbon–nitrogen bond formation. 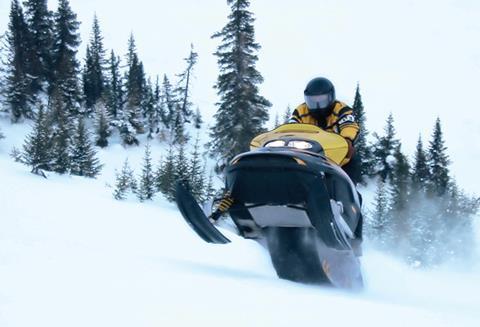 The boss brought me onto the project as a new chemist, and he gave me some simple instructions. ‘CJ, here’s the molecule, it’s got a nitrogen and we’d like it to be alkylated. Here’s the electrophile (a deceptively simple alkyl chloride), get to work! The customer wants two kilograms ASAP, so time’s a-wasting. Oh, and the project is bearing enough cost as it is, so let’s see if we can avoid fancy alkoxide bases. Let’s just go with super-cheap sodium hydroxide and phase-transfer catalysis. And phase-transfer catalysts are expensive, so just use a tiny bit!’

I’ve always seen phase-transfer catalysts as molecules that do not participate in the reaction, but help a reagent move from a more polar phase to a less polar one. In this case, our solvents were toluene and water, and we were simply trying to get some sodium hydroxide to the toluene to pull off a proton – an impossible journey without some help crossing the interface.

There are many kinds of phase-transfer catalysts, but the most common are the quaternary ammonium salts, and tetrabutylammonium bromide is probably the best known of them all. It is a brilliantly white powder (or at least it should be), with a distinctive greasy smell rising from its tiny, iridescent flakes. When mixed with sodium hydroxide, I’ve always pictured the negatively charged hydroxide snuggling up (or at least trying) to the tetrabutylammonium cation, and the two of them crossing from the water to the non-polar toluene, where the hydroxide can finally latch onto that proton, make water and release the tetrabutyl­ammonium cation to bring another hydroxide ion across.

Of course, it being a catalyst, the idea is that you don’t need very much of it. I was young and naïve, and I didn’t bother to look at the literature: when the boss said ‘just use 0.25mol% of it’, I followed his directions. Sadly, no product could be detected from the reaction.

And so I embarked on a brief screening mission (potassium carbonate? Hünig’s base?) which ended when I found that potassium tert-butoxide (the canonical strong, hindered base of undergraduate chemistry) worked well in toluene to give the desired product in excellent yield. After a dilute sodium carbonate wash or two that were just a little slow to separate, I stripped the material down and crystallised it out. I delivered the initial two kilograms and wrote up the project. When the customer asked for another 10kg, the business folks ordered up the appropriate amount of (wildly expensive, but effective) potassium tert­-butoxide, and the bosses emailed my report to my colleagues in the kilo-scale laboratory.

Imagine my disappointment when my friends in the kilo lab told me that the reaction worked fine, but the material wasn’t separating during the water washes. Memories can fade, but I seem to recall saying: ‘Didn’t you perform the 10% sodium carbonate wash?’ My colleagues, of course, replied: ‘What sodium carbonate wash?’ My careful write-up had been set aside to collect dust, so my friends in the kilo laboratory suffered a terrible toluene–water emulsion that would not break after sitting for days and days.

As all this was going on, there was one of those graceful moments where a colleague came over and basically said: ‘I’m about to report this piece of news that will be bad for you, and I wonder if you wish to change your story.’ He said, ‘I heard you say that you tried phase-transfer catalysis and that it didn’t work.’ I happily replied that I didn’t need to change my story, because I was told to add just 0.25mol% of phase-transfer catalyst, it didn’t work, and that’s the truth. But unbeknownst to the boss (and to all of us), the kilo lab had a standard process that worked perfectly, using sodium hydroxide with 5mol% phase-transfer catalyst.

In the end, that’s what they decided to go with – and my research results were set aside. There’s no shame in that, but it was one of those lessons in learning the value of clear communication – and the power of enough phase-transfer catalyst.

Chemjobber is a process chemist and blogger based in the US