Philip Ball wonders whether life evolved to exploit quantum phenomena, or if it’s just in our nature

‘Quantum biology’ was always going to be a winning formula. What could be more irresistible than the idea that two of the most mysterious subjects in science – quantum physics and life – are connected? Indeed, you get the third big mystery – consciousness – thrown in for good measure, if you accept the highly controversial suggestion by Roger Penrose and Stuart Hameroff that quantum behaviour of protein filaments called microtubules is responsible for the computational capability of the human mind.1 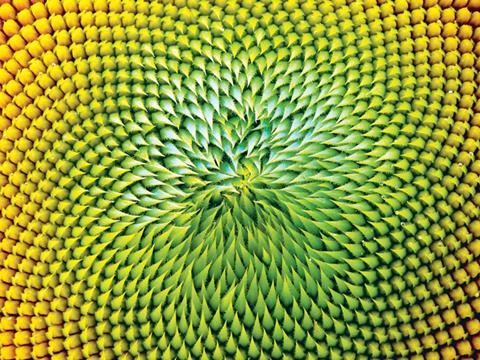 Has evolution selected for quantum effects, or is their occurrence accidental?

Chemists might sigh: once again those two attention-grabbers, physics and biology, are appropriating what essentially belongs to chemistry. For the fact is that all of the facets of quantum biology that are so far reasonably established, or at least well grounded in experiment and theory, are chemical ones. The least disputable case, though arguably the most mundane, is enzyme catalysis, where quantum tunnelling enables proton and electron transfer. It also appears beyond doubt that photosynthesis involves transfer of energy from the excited chromophore to the reaction centre in an excitonic wavefunction that maintains a state of quantum coherence. It seems rather staggering to find these quantum phenomena operating in the warm, messy environment of the cell while physicists and engineers still struggle to harness them at cryogenic conditions for quantum computing.

The riskier reaches of quantum biology also address chemical problems: the mechanism of olfaction (proposed to happen by sensing of odorant vibrational spectra using electron tunnelling) and of magnetic direction-sensing in birds (which might involve quantum entanglement of electron spins on free radicals).2

Yet it is no quirk of fate that these phenomena are sold as a union of physics and biology, bypassing chemistry. As Jim Al-Khalili and Johnjoe McFadden explain in a forthcoming book, Life on the edge, the first quantum biologists were pioneers of quantum theory: Pascual Jordan, Niels Bohr and Erwin Schrödinger. Bohr was never shy of pushing his view of quantum theory – the Copenhagen interpretation – into fields beyond physics, and his 1932 lecture ‘Light and life’ seems to have been influential in persuading Max Delbrück to turn from physics to genetics – work which later won Delbrück a Nobel prize.

But it is Schrödinger’s contribution that is probably best known, for the notes from his lectures at Trinity College Dublin that he collected into his little 1944 book What is life? remain remarkable for their prescience and influence. Most famously, Schrödinger formulated the idea that life somehow opposes the entropic tendency towards dissolution – it feeds on negative entropy, as he put it – and he also argued that genetic information might be transmitted by an arrangement of atoms that he called an ‘aperiodic crystal’ – a description of DNA, whose structure was decoded nine years later, that still looks entirely apt.

One of the most puzzling of biological facts for Schrödinger was that genetic mutations, which were fundamentally probabilistic quantum events on a single-atom scale, could become fixed into the genome and effect macroscopic changes of phenotype. By the same token, replication of genes happened with far greater fidelity than one should expect from the statistical nature of molecular interactions. Schrödinger reconciled these facts by arguing that it was the very discreteness of quantum events that gave them an accuracy and stability not amenable to classical continuum states.

But this doesn’t sound right today. The fact is that Schrödinger was underestimating biology. Far from being at the mercy of replication errors incurred by thermal fluctuations, cells have proofreading mechanisms to check for and correct these mistakes.

There is an equal danger that quantum biologists may overestimate biology. For it’s all too tempting, when a quantum effect is discovered in a biological process, to assume that evolution has put it there, or at least found a way to capitalise on it. Tunnelling is nigh inevitable in proton transfer; but if we want to argue that biology exploits quantum physics, we need to ask if its occurrence is enhanced by adaptation. Nobel laureate biochemist Arieh Warshel has rejected that idea, calling it a ‘red herring’.3

Similarly in photosynthesis, it’s not yet clear if quantum coherence is adaptive. It does seem to help the efficiency of energy transfer, but that might be a happy accident – Graham Fleming, one of the pioneers in this area, says it may be simply ‘a byproduct of the dense packing of chromophores required to optimise solar absorption’.4

These are the kind of questions that may determine what becomes of quantum biology. For its appeal lies largely with the implication that biology and quantum physics collaborate, rather than being mere fellow travellers. We have yet to see how far that is true.