Collaborate or die. That's the message of a series of reports from the independent thinktank Demos

Collaborate or die. That’s the message of a series of reports from the independent thinktank Demos, unveiled on 17 January, claiming that British science is in danger of being sidelined unless it tries harder to work with booming Asian nations such as China, India and South Korea.

The reports recommend that a ?100 million global research and development fund should be set aside by government to assist this sort of collaboration, and propose a scholarship programme that would bring 200 Asian scientists a year to Britain to develop closer links with UK researchers. This follows hard on the heels of a survey from the Organisation for Economic Co-operation and Development (OECD) that ranked China in second place out of all nations in its R&D spending in 2006. Its $136 billion investment that year just pipped Japan’s $130 billion, although it still trailed America’s $330 billion by a long way. In comparison, the EU15 nations (including France, Germany and the UK) spent around $230 billion. 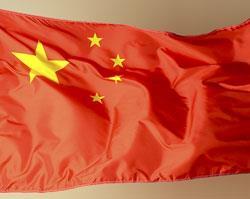 Importantly, China’s R&D spending as a proportion of its gross domestic product still stands at a relatively low 1.3 per cent. Yet that figure has more than doubled from 0.6 per cent in 1995 - a clear sign that this is a scientific superpower in the making. Meanwhile, India is establishing itself as a nation that does a substantial amount of innovative science. The Indian pharmaceutical market, for example, is valued at around $5 billion and dominated by homegrown companies, although Demos warns that this growth could be threatened if elite institutions such as the Indian Institutes of Technology are allowed to atrophy (see Chemistry World, September 2006, p15). A third rising star, South Korea, is also investing heavily in biotechnology and nanotechnology.

Demos hopes to impress upon UK policy makers the sheer pace of scientific development in Asia. But its tone chides a little too much - there is already a long history of fruitful relations between British scientists and their Asian colleagues. According to Sir David King, the UK government’s science advisor, UK researchers published more papers with Chinese scientists than any other EU country in 2005. The Royal Society of Chemistry’s own extensive work in establishing joint projects with the chemical societies of China, South Korea and India serves as a good model for building international networks. And Demos itself notes that in 2004/5 there were more than 70,000 students from South Korea, India and China at UK universities, compared with just 12,000 a decade previously. These trained scientists are now flocking back to their home countries - if properly nurtured, they take with them the seeds of collaborations that can strengthen British science.

Depending on your outlook, their rapid pace of development makes the Asian economies either an enormous threat, or an enormous opportunity. Whichever it is, the UK can only benefit if it is properly plugged in to global innovation networks. Swimming against the tide of the world’s economy is pointless, while ignoring the science being produced by these booming nations is simply perverse. International collaboration must continue to be prioritised if British science is to remain relevant in the coming century.