Gene-editing put in the spotlight 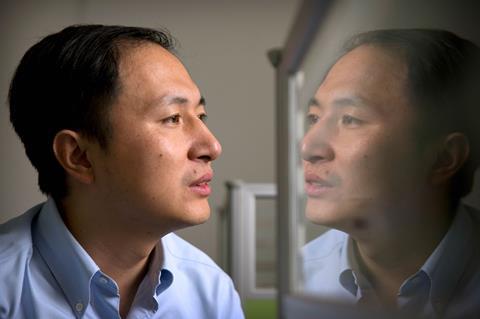 He Jiankui reflecting on what he’s done?

Better to ask forgiveness than permission goes the saying. But the rogue geneticist He Jiankui, who used the Crispr gene-editing tool to create the first babies with modified genomes, seems interested in neither. His editing of human embryos that were then implanted, resulting in the birth of twin sisters, has been roundly condemned by scientists but there has been no sign of regret from He. Geneticists are now left with a laundry list of questions on how ethical and scientific standards can be upheld worldwide.

It feels like nearly everything about the way He went about his work was calculated to outrage scientists. Ethicists have been left aghast by his failure to inform volunteers what they were signing up for – they thought they were involved in an HIV vaccine project. Everyone else has been kept in the dark too, with his university claiming they had no prior knowledge of the trial and Chinese authorities similarly wrong-footed. Added to all this, He didn’t publish his work in a scientific journal but conducted science by press release. This has left scientists trying to work out what was actually done with geneticists scrabbling to extract every ounce of information from a presentation He gave shortly after the announcement was made.

There’s no two ways about it, this work was reckless and, from what scientists have been able to establish, poorly carried out. The two babies do not even have the same edits to their DNA and exactly how they will be affected is anyone’s guess. The justification for carrying out the work – an effort to create humans immune to HIV – rings hollow too as these children weren’t at significantly higher risk of contracting the virus.

So what now for human gene-editing? Modifying human embryos was meant to be used to help prevent people with devastating genetic illnesses passing them to their offspring. This scandal could set this work back years. Self-regulation has failed so scientists will need to act fast now to show that this work can still benefit society. To do this they’re going to first need to establish exactly what happened. Then, bodies such as national academies should attempt to create a framework of acceptable practices to guide geneticists’ work. Governments eager to pass new laws will at least have expert guidance to draw on. Gene-editing can be for the benefit of all – it deserves better than to be derailed by one bad actor.