…and how philosophy helps solve them 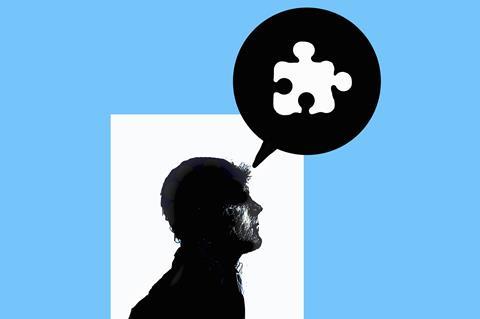 We often think that the problems that scientists puzzle over are solved by doing more experiments, revising scientific theories or developing more powerful computational methods. While these are essential elements of scientific progress, philosophical analysis is also an important tool.

Hund’s paradox is one such scientific problem that has drawn the attention of philosophers. In 1927, Friedrich Hund showed that the quantum mechanical description of a chiral molecule predicts as its most stable state that of the superposition of its two chiral structures.1 This contrasts with empirical evidence, as chemists observe molecules to have one or the other chiral structure.

Since then, chemists and quantum chemists have offered various responses to this paradox. For example, some point out the need to take into account the effects of the environment when describing a molecule’s structure. Philosophers have also attempted to offer some insight. Some propose that the paradox is resolved if we adopt a particular interpretation of quantum mechanics (called the Modal Hamiltonian Interpretation).2 Others make the more general claim that the paradox is a special case of the measurement problem in quantum mechanics (made familiar by Schrodinger’s cat), and that as such Hund’s paradox should be examined through the perspective of existing solutions to the measurement problem.3

As this example shows, the philosophical analysis of a scientific puzzle does not amount to merely evaluating existing scientific responses. Among other things, philosophers examine the meaning and historical development of the concepts that are involved in formulating a specific paradox, and look at how this paradox may relate to other scientific problems.

What is a bond?

Another problem that continues to puzzle chemists concerns chemical bonds.4 The chemical bond is one of the most successful concepts in chemistry, yet despite (or perhaps due to) the proliferation of definitions, representations and descriptions of it, it is difficult to pin down its exact nature. Philosophers have been intrigued by this. Some argue that the problem is due to the fact that scientists implicitly understand the chemical bond in different – even contrasting – ways.5 Sometimes it is understood as a material thing between pairs of atoms that compose a molecule. Alternatively, it is considered a molecular-wide phenomenon that may not even really refer to a tangible thing that – just like atoms and electrons – makes up a molecule.

Philosophers analyse the impact that differing views have had on science’s understanding of chemical bonds, and illuminate relevant historical and semantic issues to help clarify their exact nature. Intriguingly, the work of philosophers on this problem shows that there are certain scientific puzzles that are philosophical puzzles as well. The ambiguity around chemical bonds is to an extent a metaphysical question about what exists and about the nature and form of the entities that make up the world. Therefore, examining how such metaphysical questions are answered in philosophy can help resolve the related scientific puzzles.

Of course none of the insights that philosophers provide into these problems ever settle the matter: it is science that has the final say on how they are resolved.

Even if chemists do not realise it, the tools they use are very much out of the philosopher’s toolbox

In fact, I should point out that pursuing a philosophical analysis of scientific problems is not an activity that is (or should be) performed exclusively by philosophers. Rather the contrary! It is fascinating how much philosophical analysis is involved in scientific research. Even if chemists do not realise it, the tools they use to evaluate models, theories and hypotheses are very much out of the philosopher’s toolbox. Among other things, this includes the logical analysis of arguments, the close examination of scientific concepts and their meanings, and the critical evaluation of approximations and idealisations.6