How values influence decisions in science 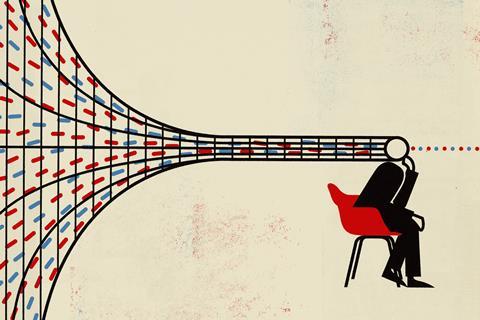 Science involves making choices. Which hypothesis should be put to the test? Which model should be used to describe a system; and which approximations and assumptions should be enforced? Different factors figure in this decision-making process. Do we want the model to produce numerically accurate results that closely agree with our experiments, or to make new predictions? Should the use of approximations result in simple and understandable representations, or should they be justified by our background theories? Such considerations reflect the expectations scientists have for their results. Looking closely at these expectations reveals that scientists are guided by how they value and perceive the different functions of science.

Why do we want anything more than empirical adequacy?

Initially, one might think that all that should be considered is how our theories fare with our available empirical evidence. For example, if a hypothesis, model or assumption contradicts our observations, then there is probably something wrong with it and it shouldn’t be employed. However, empirical adequacy is not always a sufficient criterion for making choices.1

In the early development of quantum chemistry, two alternative quantum models (the valence bond and molecular orbital model) produced very similar quantitative results. On the face of it, both complied with the existing empirical evidence. In response to this, Linus Pauling argued in favour of the valence bond model because it fit naturally with chemistry’s pre-existing conceptions of molecules and bonds. On the other hand, the molecular orbital model was preferred by researchers including Charles Coulson and Robert Mulliken because (among other reasons) it explained previously inexplicable structures.

While the quantum chemistry community ultimately favoured the molecular orbital model, this episode illustrates that choices are influenced by the values scientists uphold. In this example, explanatory novelty and unifying the sciences (that is, chemistry and quantum mechanics) are two values that produced different preferences and created tension between alternative methods of description.

The second reason why values figure in scientific practice is because the latter is often driven by aims that have nothing to do with how accurately science describes the world, nor with whether a theory is sufficiently supported by evidence.

An example of this is the periodic table. In its early stages the periodic table was not only meant to correctly identify the known chemical elements of the time, but also to classify them in such a way that would accommodate specific purposes. For example, Dmitri Mendeleev wished the periodic table to be as complete as possible, and thus designed it in such a way as to incorporate both discovered and undiscovered elements. On the other hand, John Newlands wished to illuminate a simple relation among the known elements and thus proposed a different design.2

Interestingly, completeness and simplicity are prevalent values in science that are exemplified in various ways and forms. For example, a theory can be complete if it explains all relevant phenomena, or if – as in Mendeleev’s periodic system – it incorporates all relevant entities. Similarly, a theory may be deemed simple if it posits few entities or if it is constituted by few basic laws and principles.3

Of course, there are other values which I have not mentioned and that similarly influence scientific practice.4 While there are many conclusions that one can draw from this, I’d like to draw attention to two points.

First, as the example of quantum models shows, it is not always evident which values should be upheld. Things become even more complicated when scientists wish to maintain more than one value, as certain values lead to competing results. For example, one often has to choose between simplicity and numerical accuracy, as the more accurate the results, the more complex is the description which produces them.

One might also argue that admitting values in scientific practice undermines science’s objectivity. While this view was entertained in philosophy in the past, it is not currently the received view.5 Scientists can have rational grounds for their decisions while also upholding values. Of course there are values – such as personal and political values – that can hinder scientific progress. However, trying to make science a value-free enterprise is impossible. After all, objectivity and being close to the truth are themselves values. So, the question is not so much whether we should accept values in science, but rather which values should be admitted, what should be their role, and how they can be combined so as to achieve genuine progress.