I am a number!

Being a number can make scientists more unique 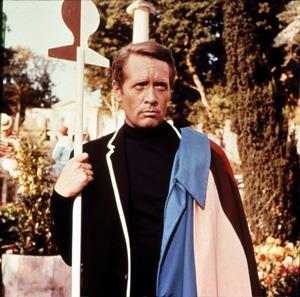 Does a nightmarish future beckon where every scientist is merely an anonymous number? Can we soon expect to see wild-eyed academics running down corridors, pursued by malevolent bubbles and shouting: ‘I am not a number, I am a free man’?

Putting jokes about Patrick McGoohan in The Prisoner to one side, the future looks rather less dystopian. The idea of assigning every scientist a unique number to identify them and their work is eminently sensible. And it is one that is long overdue.

The number of researchers in the world has risen by 21% since 2007, and using just their names to distinguish exactly which author wrote which paper is ambiguous to say the least. This issue has plagued journals for years, and China’s growth as a major scientific power is compounding the problem. In China there are only a little over 4000 surnames in use and more than a billion people draw their surname from a shortlist of just one hundred names. For example, there are 88 million Zhangs and 93 million Wangs, and while only a small minority enter the sciences and humanities it is still a headache for academics, librarians and publishers alike.

But now it seems that a project to distinguish one Wang from another has critical mass building behind it: Orcid, the Open Researcher and Contributor ID. Orcid is a not-for-profit organisation that will provide academics with a unique identifier. Academics with an Orcid iD can then bring together all their papers, patents and publications under one roof. Orcid iDs are already supported by a large number of publishers, including the Royal Society of Chemistry, giving academics the opportunity to link their Orcid iD to their publication – whatever it may be.

The sea change that’s underway now though, is that a number of large, highly prestigious publishers are mandating that the corresponding author have an Orcid iD. These include the Royal Society, the American Association for the Advancement of Science and the Public Library of Science – better known as PLoS. To date, almost 2 million people have signed up for an iD, but with these big publishers on board that number will quickly balloon.

However, while a recent survey of 6000 academics found that more than 70% of researchers had heard of Orcid, this number was significantly lower among physical scientists. So come on chemists, look after number one (one-one-one-six-five-three-two…).