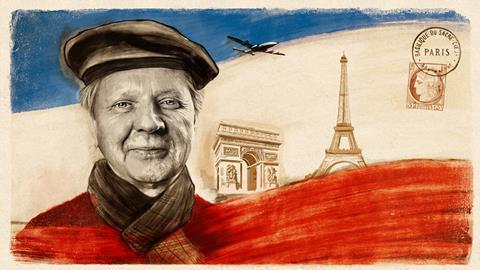 In situ with Krzysztof Matyjaszewski

The polymerisation guru on taking work on honeymoon, the softest snow in the States and his favourite restaurant

Krzysztof Matyjaszewski is the JC Warner professor of the natural sciences at Carnegie Mellon University in the US. He developed atom transfer radical polymerisation in 1994, a method that is now in wide use throughout the world to control polymerisation. He was talking to Patrick Walter at Iupac’s 47th general assembly in Paris

The reason I became a chemist was partly because of my mother. After her first year studying at university, the second world war started, and the universities in Poland were closed. Maybe in the back of my mind I wanted to continue what she started, although I probably didn’t realise that until some time later. The other part of the reason is Marie Skłodowska Curie, Poland’s most famous chemist and, I think, a very unique person.

When I interviewed for a position at the Polish Academy of Sciences, Stan Penczek, my boss at the time said ‘Do you know anything about polymers?’ I said no. So he said, ‘I can give you a book by Michael Szwarc. We’ll talk about it in two weeks.’ This was maybe five days before my wedding and I took the book on honeymoon. My wife was not very happy about this. (On my return from honeymoon my boss asked me, ‘Did you read the book?’ I said, yes. Then he asked, ‘Did you like it?’ I said, yes. He said, ‘You’re hired!’) When Szwarc came to Pittsburgh 15 years later we all met for dinner and she said to him ‘So you’re the man with whom I spent my honeymoon!’ After she explained, we all laughed and they became very good friends.

I spend most of my time in the lab, so I don’t have that much time for other things. But if I am not in my lab, I travel. This is part of professional life, but at the same time, I go skiing with my son and his family twice a year. We used to go skiing in Utah. Now my son is closer to Vermont so we go there, but Utah has probably the best and softest snow.

I spent a year-and-a-half in France as a visiting professor at the University of Paris. Carnegie Mellon University was well known in Paris then because of Jean-Jacques Servan-Schreiber, who was editor of L’Express at that time and an adviser to French presidents. In 1967 he wrote the book The American Challenge, and this was partly based on Carnegie Mellon being brave enough to start research in new areas of robotics and computer science. When I joined Carnegie Mellon [in 1985], the president said that every student should have their own computer in 10 years and nearly nobody had a computer at all at that time. So it was a vision. I think in science one needs to have a vision.

Paris is one of my favourite places and I spent probably three years there altogether. I know practically every place here. I would recommend going to a very small square that is just off Saint-Germain-des-Prés – Place de Furstenberg. It’s really quiet, beautifully composed, symmetrical. Many people don’t know about it. And near to there are two restaurants which I would recommend – Relais Louis XIII and Ze Kitchen Galerie. The first one is traditional French the second one is a kind of fusion cuisine with south-east Asian flavours – lovely food, very good service, very good drinks.

I enjoy reading and recently finished The Alchemy of Air. This is the story of Haber and Bosch so it’s showing how chemistry can be dangerous in some senses, but also how it can be useful in saving society. Haber invented the process to make ammonia, but at the same time he also turned chlorine into a weapon during the first world war, which led to the death of thousands. So he was in some senses an angel, but also a devil. I think the book is really one of the best advertisements for chemistry in some senses, showing in a simple way how some challenges can be solved by chemistry.

Textbooks are being used less and less, but they should be used more. I have some books, which I still consider very important. The classic polymer chemistry textbook is Principles of Polymerization by George Odian, and there is a very good textbook by Graeme Moad and Dave Solomon, The Chemistry of Radical Polymerization.

The most interesting things in chemistry happen at the interfaces with different disciplines. So sometimes you can go deeper and deeper, but you also need to think about what’s going on in other areas. I think this is the challenge for chemistry: how to face real problems whether they are related to the environment or to energy or to life for biomedicine. It’s a question of how you can both understand the problem and how you can use your chemistry, your expertise and your imagination in order to solve this problem.

In the US, PhD students have between four and five years to complete their course, so students can start one topic and then switch to another one and broaden their expertise before they get their PhD. It’s not like that in some European countries, where you have a strict two or three year programme. And in that case, you cannot give the student a more challenging project to solve, but rather they’re executing certain procedures and maybe only advancing the area in a narrow space.