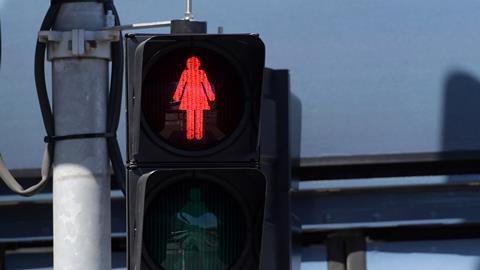 People have been worrying about the lack of diversity in the scientific community for some time now. This has created a push to identify and remove the very real barriers that block women and underrepresented minorities from entering and staying in research careers. The problem is a global one, but examining the situation at the world’s largest biomedical research agency – the US National Institutes of Health (NIH) – has been helping researchers understand what’s going on.

Research from Northwestern University in Illinois has found that first-time female principal investigators who apply for NIH grants receive significantly smaller awards than their male counterparts. At the top 50 NIH-funded institutions, women received, on average, $94,000 (£71,000), compared to $135,000 for the men.

Problematically, the NIH does not release information on how much money is requested in grant applications. It is therefore impossible to determine whether these funding disparities reflect applicant budget choices or agency decisions about how much to award, or both.

While the Northwestern study is silent on why the observed gender gap exists, there are three possible explanations. First, the female grant applicants might have asked for less money – this is, unfortunately, currently unknowable. Second, there could be an unconscious bias on the part of those who review the research grants or the NIH itself. Third, women scientists receive less money in their start-up packages, so their labs have fewer resources and might be judged as less capable.

The Northwestern findings are especially interesting in light of recent results from the University of Wisconsin–Madison, which showed no evidence of gender or race bias in the NIH’s initial peer review process. The Wisconsin researchers acknowledged, however, that bias might occur at other stages of the NIH’s grant process. For example, the university suggested that research proposals submitted by women and black scientists might somehow be different to those written by white men. It also proposed that women may be more cautious than men in their grant applications, but these are controversial claims without good evidence to back them up.

A Rand study from 2005 also found a gender gap in NIH funding, and also revealed a disparity in subsequent grant application rates. This shows just how important it is to figure out what is happening behind the scenes that stops women and others from becoming, or continuing to be, active and successful researchers. We cannot afford to let the number of women in the science pipeline dwindle to a trickle.