Are you fed up of nanoparticles yet? 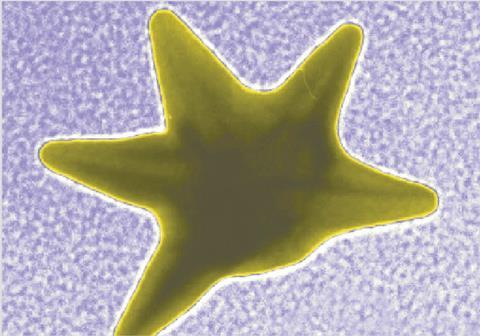 If you’re not a chemist working on new and exotic nanobeasts, it’s easy to feel a bit overwhelmed or for your eyes to glaze over while scrolling through report after report of weird and wonderful nanothings in the pages of journals.

It can sometimes feel as though the papers are just reporting that a bunch of reagents get combined and out pops something nobody’s seen before. The end. So what, you may ask? Chemists from established sub-disciplines need to bear in mind that nanotechnology or nanoscience is an incredibly young field. You can debate the exact starting point until the nanocows come home (here’s a quick summary of the likely points: the Lycurgus cup vs Faraday’s gold particles, Feynman’s lecture vs Gibson’s books, buckyballs vs nanotubes, etc), but it’s pretty clear that as a serious academic discipline, it didn’t take off until the early 1990s. Its growth since then has been exponential, however.

As the field matures, control and design are the new games in nanotown. As the feature Shaping up at the nanoscale makes clear, size isn’t the only thing that matters. Shape – in particular the chemically different surfaces that can be exposed – can have a huge effect on the properties of nanoparticles. Chemists are exploiting this to create nanoparticles with ever-more sophisticated properties.

Even simple metal nanoparticles aren’t so simple any more. Anyone with even the vaguest knowledge of alloys and metallurgy will be aware that small differences in metal composition can have huge effects on how metals behave at the macroscale – the steel in your car is different to that in jet engines (thank goodness). The same is true on the nanoscale.

Chad Mirkin’s group at Northwestern University in the US has just devised a printing-press style method for making millions of metal nanoparticles with different alloy compositions from five different metals. The number of completely new nanoparticle species that can now be made is staggering.

If nanoparticle synthesis is undergoing the kind of revolution that organic synthesis did in early to mid-20th century, where the underlying theory and mechanism can be put on a fully scientific basis, then we can expect another quantum leap in the quantity and quality of nanotechnology research. And the nanoskeptics will have to put up with a few more nanoparticle papers.