Why working on something that’s just ‘interesting’ is not enough

Most Chemistry World readers are chemists, or at least identify as scientists of one sort or another. Scientists are engaged in working on scientific problems, so what sorts of problems are we all working on? What sorts should we all be working on? If you feel like having the word on this handed down from a fearsome height, you can turn to Nobel laureate Peter Medawar: 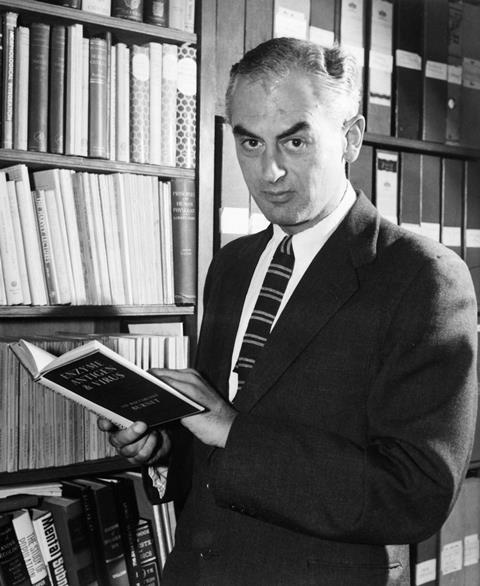 It can be said with complete confidence that any scientist of any age who wants to make important discoveries must study important problems. Dull or piffling problems yield dull or piffling answers. It is not enough that a problem be ‘interesting’ – almost any problem is interesting if it is studied in sufficient depth.

His advice was that one needed to pick problems where the answer would matter, but that immediately brings up the next question: ‘matter to whom?’ Ideally I’d like to avoid ending up in the position I found myself in while finishing my PhD, when I told people that the world really didn’t need another synthesis of my type of molecule, but that I certainly did. Mattering to someone other than yourself has to be the first step. But what about Medawar’s other advice?

I’ve always been struck by the part about how ‘interesting’ doesn’t really matter as a criterion, and I’m afraid he’s right. Over the years, I’ve become tangled in problems that were intricate, detailed, and took up a great deal of my (willingly given) time, but were ultimately of little use or interest. In some cases, I have trouble remembering why I was so interested in them myself. But I’m less sure about the advice about picking important problems.

For one thing, this can be an invitation to paralysis, because many truly important problems are huge, multiheaded and have few obvious lines of attack. If you start out trying to solve them from the top down, you will likely seize up when the difficulty of the task becomes clear. It’s also true that many great scientists have not followed this advice, either. Physicist Richard Feynman and mathematician Claude Shannon, for example, would follow some odd or seemingly trivial observation to see where it might lead. Of course, this probably has a better chance of working if one is as intelligent as Feynman or Shannon. And for that matter, that advice to work on important things probably also works best if it’s followed by someone as intelligent as Peter Medawar.

Over the years, I’ve become tangled in problems that were intricate, detailed, and took up a great deal of my (willingly given) time, but were ultimately of little use or interest.

A middle ground could be to find things that strongly interest you, but to always keep an eye out for a connection to some larger problem. That way you can work on something that’s more manageable, but at the same time could fit into a bigger picture. This awareness should be with you during the whole project: is there something else this idea or method could be used for? A connection to some other problem or other field entirely? Is there a general case that your work on a specific case might point to?

This is how mathematicians think, and how they judge importance. A particular result is one thing, but it’s much better if it can be generalised. Still more powerful are the general rules about such general results. For organic chemists, a new photoredox reaction is a nice thing to see, but one that will work on a broad range of molecules is better. And if the work leads to some trends or rules that apply to other reactions of its types, even better. Likewise if it can be used to do a number of things or provide products with a number of uses beyond that first discovery. Think of how many variations and applications have come out of aryl–aryl palladium couplings or azide–alkyne ‘click’ cycloadditions. Stopping such research programs by simply proclaiming new ways to make biphenyls or triazoles and moving on to something else would have been a serious mistake.

So in general, I still think that Medawar was on to something. You don’t have to attack gigantic problems head-on, but you should always be alert for something that bears on them, and for connections between your own work and others. Look up, look around, and try to make your own ideas as important as you can make them!