Could some clever combustion chemistry produce a better pocket igniter?

How do we make fire? In the old days, people had to strike sparks from flint and steel, and it was quite an art getting such a spark to ignite a piece of tinder. The match must have been one of the greatest of chemical inventions. But after the introduction of butane lighters favoured by smokers, match sales greatly declined. I was once part of a fire creation project to bring matches back.

We looked at many of the ways of making fire. I recalled a spontaneous chemical ignition of my early boyhood, when I used to make rockets. One of my rocket fuels contained, unwisely, both sulfur and a chlorate. As a powder it never gave me trouble; but I had to compress it in the rocket to slow its combustion. Then I had an idea: soak it in a solution of polystyrene in dichloromethane! This would dry rapidly by evaporation, and leave a hard, incompressible rocket fuel. I now fear that the sulfur dissolved a bit in the dichloromethane, and came out as extremely fine particles. These reacted with the oxygen and water vapour in the air, giving strong sulfuric acid which reacted disastrously with the chlorate. At any rate, my ‘clever’ rocket fuel went off spontaneously, and blew the door off my bedroom cupboard! 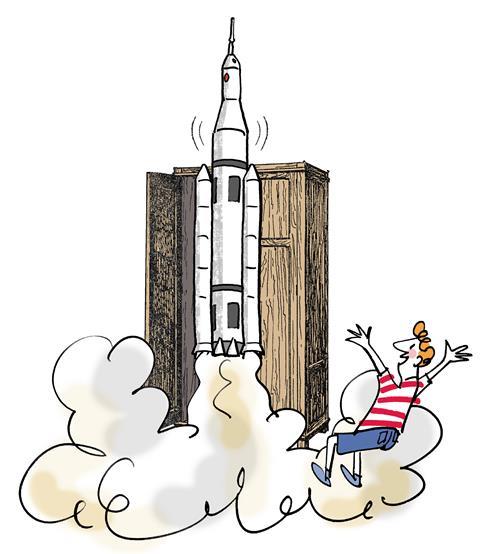 That early chemical foolishness spurred my thoughts about fire creation. We soon abandoned troublesome chemical igniters such as diethyl zinc and butyl lithium; but I recalled the ‘gob fire’ which sometimes happened in a coal mine. It was the spontaneous ignition of a mass of coal dust. It was rare (otherwise the Davy safety lamp, which stopped fire from igniting methane in the air of the mine, would have been useless). However, gob fires were often noticed in certain Warwickshire coal mines. They could generally be extinguished either by sand or liquid nitrogen. But why did they ever start? It cannot be the coal itself; heaps of the stuff in bulk seem indefinitely stable in air. But coal has many components, and maybe some rare one ignites at room temperature. If we could find and isolate it, it could be the basis of a splendid way of creating fire! I also remembered the story that liquid hydrocarbons, such as certain components of paint, or a heap of oily cotton waste, can sometimes ignite spontaneously.

So we continued to explore controllable chemical ignitions. Among them were those of the pyrophoric metals. Almost every metal reacts with the oxygen in the air, and at room temperature too. This is why iron rusts, for example. If you make metal particles small enough, the heat of that oxidation can even ignite them. Fine grinding seems not to work – though the swarf from machined uranium has been known to ignite. Chemistry, however, can make very fine particles. If, for example, you make a nickel-aluminium alloy and dissolve the aluminium away by treating the alloy with sodium hydroxide, the result is a fine powder of spongy nickel particles – Raney nickel. Not only is this a powerful hydrogenation catalyst; it can ignite spontaneously, especially if charged with hydrogen. Other metals, such as iron, can also be made chemically into particles so small that they are pyrophoric. Even lead, that dull, soft, dreary metal, can be made chemically into lead tartrate, which when heated to its temperature of decomposition, gives tiny particles of pyrophoric lead.

Sadly, our fire creation project failed to produce a novel pocket igniter. Our many notions and trials never returned the match industry to its former glory. And my bedroom cupboard rocket never took off.