The rules of engagement

Oh, the public – they’re a difficult bunch to handle, aren’t they? One moment they seem wary of ‘chemicals’, the next it turns out that they don’t feel so negative about chemistry after all. You have Nature warning that, with the anti-science brigade now in the driving seat in the US, scientists must put extra efforts into public engagement1 – and then along comes a study claiming that science popularisation can actually discourage people from deferring to experts. 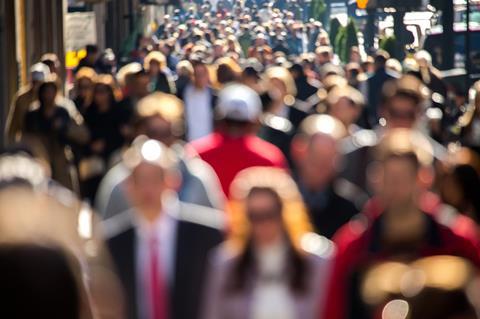 Spot the expert: science engagement may lead to public overconfidence

The study, from the University of Münster, Germany, hints that the switch from ‘public understanding’ to ‘public engagement’ might be partly to blame by ‘blur[ring] the strict division between the social roles of laypeople and experts’.2 What are we to do?

Although there are still scientists who grumble about ‘dumbing down’ when science is popularised (and novelist Philip Pullman sounded distinctly disenchanted by a Christmas show that turned a talk on the universe by Brian Cox into a knockabout musical comedy), very few would doubt the value, indeed the urgency, of bridging the gap between scientific expertise and public understanding. If it’s the proper role of society to make judgments and decisions about issues like genetic manipulation, reproductive technology and climate change, then we need a culture as immune as possible to the misinformation spread by some lobbying groups.

But the study, by psychologist Lisa Scharrer and colleagues, suggesting that ‘science popularisation inclines laypeople to underrate their dependence on experts’ has set alarm bells ringing. This particular lay person, however, isn’t inclined to depend too heavily on these particular experts, given that the sample size is small (73 participants), the strength of the effect is moderate, and the psychological literature is now known to be rife with non-replicable effects.3

The testing considered only participants’ views about a series of health claims, such as the effects of vitamins on lifespan and of ginger on aching muscles. Participants lacking any training in medicine or health were given two technical articles and two popular articles about the topics, and asked questions about their agreement with the claims before and after reading them. They agreed more strongly after reading the lay articles than the expert ones. Crucially, they showed more confidence in their assessments in the former: the popular articles apparently convinced them that they now knew more without needing to seek further advice.

One might wonder if lay readers would be as confident in their views on, say, reaction dynamics in photosynthesis or Eurasian tectonic uplift as on the effects of coffee on stroke risk. Still, I’ve seen enough theories of the universe based on a handful of New Scientist features to remain unsure about that. Even if we defer judgement on whether the Münster team has identified a robust and generalisable effect, the findings offer food for thought. It’s typically imagined that science communication, as long as it is done accurately, is an unalloyed good. But what if it fosters a conviction among readers that they are now as well qualified to assess a scientific claim as experts are?

One response is to say that, as long as popular science makes readers more likely to reach the same verdict as experts would, a little over-confidence might not matter. On the other hand, a further erosion of the authority of expertise seems the last thing we need in a post-truth era when people with political power are happy to dismiss expert opinion on, say, the causes of the tides, the decline of the Roman empire, or the reality of anthropogenic global warming. Scharrer and colleagues wonder whether the emphasis in schools today on ‘thinking critically for yourself’, laudable though it is in many ways, risks devaluing the importance of knowing your limitations.

If this effect is real and significant, then the solution is not obvious. Certainly, there seems little to be gained and plenty to be lost by declining to popularise science. Nor is it a matter of making that communication better: ironically, the implication seems to be that, the more clearly and comprehensibly an article is written, the more it persuades readers of their own expertise. Rather, perhaps we need to recognise that science communication doesn’t begin and end with explaining the facts in words anyone can understand.

We need also to reinforce the nature and role of expertise: to show that weighing up evidence is often far from easy or obvious, and that scientists themselves (usually) defer to their peers on questions outside their own specialty. It might help if we stop, for example, treating celebrity cosmologists (however impressive their intellect) as experts on artificial intelligence and extraterrestrial life. It would certainly help if we could reverse the current trend of regarding people who actually know stuff as ‘ivory-tower elites’.