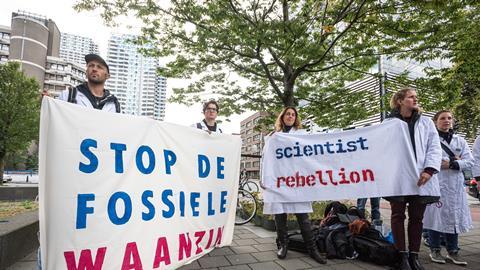 When I moved from Germany to the Netherlands two years ago, one small detail about my new home country struck me as weird: peat-free potting soil was nearly absent. Frankly, this topic has never been a big part of my life, but ever since a friend told me years ago ‘do not buy peat, it´s awful for the environment’, I’ve followed the instruction. Still, after arriving in my new home country, my curiosity was triggered when I could not find a bag of peat-free soil anywhere. Why would that be so much more difficult than in neighbouring Germany? What I then found out was even weirder: research into peat alternatives is pretty active in the Netherlands, a country that is one of the biggest importers of peat in the world. Yet no one spoke about the issue. The most recent item I could find in the general press was a TV documentary from 2014. Seven years of silence had followed.

So we tried to be the missing piece in this puzzle, setting up our NGO Stichting Turfvrij (Peat Free Foundation) to bring public attention to the topic of peat use and its environmental consequences. Our work triggered a parliamentary motion, leading to the Dutch government announcing a peat reduction strategy in November 2022. Throughout this process we found that scientists acted as silent knowledge generators who were hugely reluctant to move beyond their world of peer-reviewed papers. Most of our attempts to involve scientists in the public debate followed the same pattern: ‘Can you please write a couple of paragraphs for the Climate Helpdesk?’ ‘Sorry, this short format doesn’t allow me to include enough literature references to substantiate my statements.’

Science has propelled our society forward in many ways. Yet it’s not the vast body of knowledge that sets science apart from, say, religious beliefs – it’s the inherent error-correction mechanism. Scientists are fed a diet of skepticism from their first semester – manuscripts are peer-reviewed before publication, and mistakes can be corrected. The system is not perfect (scientists are biased like anyone else) and steep power structures and dependencies also exist, making disproving the beloved theory of a grandee a daunting task. Still, science built on a wobbly basis will falter sooner or later.

The objectivity of scientists is vital for producing good science. Society relies on scientists to stand above the fray of politicking and to deliver sound, sober and well-researched information. So what happens when scientists publicly state their opinion, about a specific policy, let’s say? Or when they try to push a topic on the public agenda and advocate for public awareness or concrete action? Do these scientists lose their credibility as objective voices?

I would argue that they do not. Let us distinguish two cases.

Scientists speak about facts; that is their work. It is not a contradiction for an objective scientist to correct the record when falsehoods seep into the public debate. Take climate science as an example. Suppose someone claims that scientists disagree that climate change is influenced by human activity. It’s fair to say that this squarely contradicts scientific consensus and has no value unless further proof is provided. In this case, trying to ‘listen to both sides’ is wrong as it would put opinions on the same level as facts.

What about questions that speculate on the future, like the effects of a particular policy proposal? For example, should permissions for nuclear power plants be extended in the face of the climate crisis and the war in Ukraine? After all, it’s impossible to know for sure which effects such plans will have. However, a policy should have a scientific basis. Scientists can extrapolate a policy’s most likely outcome based on their interpretation of the facts involved. They can point out the pros and cons of the options on the table.

A public debate is the exchange of differing viewpoints. Whether or not scientists and their findings are part of these discussions is in our hands. It is impossible to translate science directly into a concrete political instrument, yet scientists can speak up against a policy devoid of any scientific basis, or in favour of a policy that is strongly supported by the evidence.

The alternative to speaking up is that crucial decisions may be based on beliefs and affiliations, and not on our knowledge. Scientists can – and should – take part in such public debates as long as they are transparent about the uncertainties they face, distinguishing between facts and interpretation.