The ethics of Crispr

Easy and accurate gene editing using Crispr will, we’re told, change everything. It will ‘remake the world,’ according to Wired. It will lead to ‘Humans 2.0’, if we believe the New Yorker. But all that, of course, depends on how far we take it. 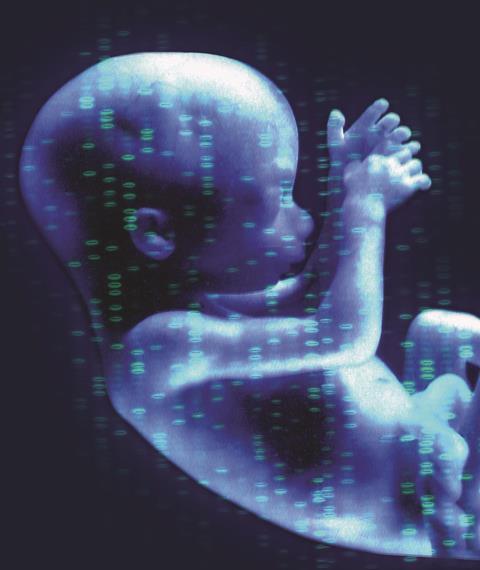 The Crispr method uses bacterial enzymes of the Cas family, especially Cas9, to clip out a target gene – these proteins are part of the bacterial immune system. The enzyme is guided into place with a strand of RNA tailored to match the DNA of the gene in question.

The advent of the technique means that fixing and retooling genes using gene therapy seems to be on the horizon at last. The safety of Crispr in humans has yet to be fully established, but clinical trials have been approved in the US for its use to supercharge T cells, key components of our own immune system, for cancer therapy. A similar trial is already underway at Sichuan University in China.

It’s because Crispr is both so specific and so easy to do that it is genuinely revolutionary. Even more dramatic – some would say disturbing – prospects could come from the use of Crispr to modify the germ line: to cause genetic changes in human gametes or embryos that would be inherited by offspring of people grown from them.

That could be immensely beneficial. Imagine using gene editing to produce people with a modified form of the gene for CCR5, the protein that HIV latches onto to attack the immune system. They could never then catch AIDS, even if they were infected with HIV. The disease could not only be cured but effectively eliminated.

This strategy of ‘genetic vaccination’ has been proposed by George Church of Harvard University in the US, who was involved in the first demonstration of Crispr in human cells in 2013. But there could by risks – for one thing, it’s known that modifying CCR5 to resist HIV could increase susceptibility to West Nile virus. ‘We don’t know what knock-on effects removing a gene like CCR5 would have,’ says bioethicist Hank Greely of Stanford University, US. ‘It is deeply conserved in all primates – it’s probably doing something. A massive experiment to wipe it out seems ill-advised.’

No one is expecting that to happen any time soon. Researchers like Church are, of course, well aware of the need to check out knock-on effects before even considering so drastic an intervention. In any case, gene editing of the germ line is currently rejected by the US National Institutes of Health. It isn’t actually forbidden by national law in the US, but it is in most European countries. That’s not just because of unanswered questions about safety but because the long-term implications demand a careful discussion of the ethical, legal and social issues.

This doesn’t mean, however, that gene editing of human embryos is not permitted: it is. Last year, the UK Human Fertility and Embryology Authority (HFEA) approved an application from Kathy Niakan of the Francis Crick Institute to use Crispr in early-stage human embryos for research. There is no question of such embryos being used for reproductive purposes; Niakan wants to investigate the genetics of embryo development during the first six or so days after fertilisation. The information she and her group hope to gather about which genes control the earliest differentiation of cell types could help to elucidate reasons for developmental malfunctions and miscarriage, and so might make assisted conception safer and more efficient.

All the same, the resonance of allowing embryo modification made the decision – the only licence for genetic modification of embryos so far issued by the HFEA – highly controversial. It might become all the more so if embryo research is permitted to extend beyond the 14 day limit imposed in 1984 by a committee appointed to regulate IVF, which led to the formation of the HFEA. At a meeting in London in December, organised by the charity Progress Educational Trust, scientists, bioethicists and church leaders discussed the pros and cons of extending the limit to 28 days – although there are currently no plans to allow such a change.

It’s right to focus on what could go wrong with germ-line gene editing.1 Plenty could. Missteps are not as irrevocable as is sometimes implied, but most researchers would agree that we don’t know anything like enough at this point to take risks. However, it’s not often enough acknowledged what dangers lie with not using a potentially beneficial technology. It would be tragic if people continue to suffer and die from debilitating diseases that we could cure with the knowledge such uses of Crispr could provide.

Making genetic changes that affect future generations would be a new departure for biomedicine, with implications not just for health but for society and ethics too. Averting our eyes to the benefits should not be an option, but neither can the questions be decided by a cold cost-benefit analysis. We have to hope that the endangered species of nuanced, thoughtful discussion still survives.