Despite chemists’ best efforts, there is still nothing quite like leather

The polymer chemist is often very pleased with a new flexible product. Yet so far it has taken nature to exhibit slow and subtle flexibility at its best. Animal hide, for example, not only has to adapt itself to the movements of the creature; it has to grow slowly with it. It has to be tough as well, so as to resist outside assaults, from the sting of an insect to the bite of a predator.

When the animal dies or is killed, its hide often becomes an important element of technology. I refer, of course, to leather. It is remarkable that the great advances of the polymer industry, in fibres, films and all sort of coatings, have left natural leather still important. Yet much of the synthetic fibre industry was quietly pleased when Corfam, the DuPont artificial substitute for leather, failed to displace natural leather from its market. Even the traditional way of preparing leather, the tannery which turns a perishable hide into a stable material, has not changed much.

The traditional tannery treated animal hides with a vegetable product – a solution of tannic acid, often prepared from oak bark. Many species of animal, from cows to pigs to sheep, were exploited for their hides. A de-hairing process was usually needed to remove the natural fur coat. Nineteenth century chemistry did not change the process much, though it broadened the range of liquid treatments. A solution of chrome alum (chromium potassium sulfate) gave rise to ‘chrome tanning’. The resulting product was, and remains, important socially and technically, dominating the boot and shoe business, as well as the markets for belts, straps, gloves, and many other articles big and small. Leather’s great advantage is that it is not only strong, but also slowly flexible. 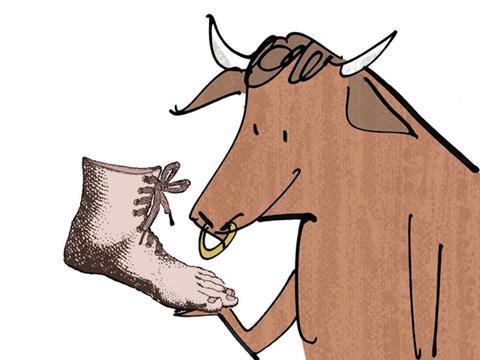 Millions of boots and shoes are made. If you go into a shoe shop to buy a pair, the assistant will help you find one which has the closest size for your feet. But both of you know that a small error is self-correcting. In a few weeks or months of wear, the leather shoe will subtly adapt its shape to that of your foot. Even an annoying ‘pinch’ can usually be corrected by a mechanical insert which forces the leather to stretch in the right way. An army may order millions of boots for its soldiers, but can assume that each of those will adapt itself to the individual foot it has to serve. Unlike any polymer substitute, leather combines slow flexibility with continued strength. The traditional art of shoe polishing not only keeps the product looking smart; working a fat into the leather helps to maintain that subtle flexibility.

Furthermore, once made leather can last for centuries. Thus, if an ancient text got copied, not onto mere paper (which at best may last a century or so) but onto the thin leather-type animal hide called vellum, it was fairly safely available for future historians. Indeed, vellum was so precious that a later writer might try to scrape off a previous text, and write on it again. Modern historians often find themselves trying to decode such a ‘palimpsest’, so as to recover not only the later writing, but the earlier text which that writer had tried to erase. I like to think that modern methods of storing information, perhaps on the hard drives of computers, will also outlast the centuries; but vellum may be the better bet.