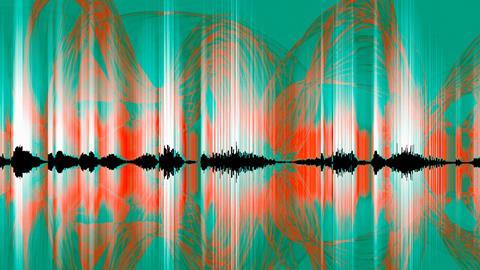 Over seven years ago I was listening to an episode of the fabulous science podcast RadioLab that stopped me in my tracks. For RadioLab fans, this might not seem so surprising given the show’s knack for sharing science by combining storytelling with opulent sound design… but this time it was different.

Creator and former host of the show Jad Abumrad was introducing listeners to the gene editing technology, Crispr, inviting science writer Carl Zimmer to explain why it was such a big deal for science. As Zimmer began to explain the origins of the discovery, I found that the accompanying sound effects illustrated his words so clearly that they began to conjure a comprehensive visual image in my mind’s eye. It struck me that while this sort of sonic explanation of concepts has such potential to share complex information and to elicit understanding, it is drastically underused.

A few years back we formed an interdisciplinary research team interested in exploring questions around how music and sound could be used to share science with new audiences, funded by the University of Sydney Nano Institute. One of the resulting projects is Live From The Lab where musicians are partnered with scientists to create new musical tracks as emotional responses to science. Another of our projects explores some of the ideas first stimulated by RadioLab’s Crispr podcast, leading us to create a new pedagogical tool we named the Sonaphor; a portmanteau of the words ‘sonic’ and ‘metaphor’.1

Our team has been working to create short, scripted science stories illustrated with sound design layered upon a rich soundscape. We chose to start with chemistry and worked to create Sonaphors for some of the key topics taught to senior school students – the nanoscale, the atom and the Bohr model.

Visual models have contributed hugely to chemistry learning and understanding, but our intention was to create a tool for learning that would engage students and help them to create their own mental models of concepts in chemistry.

‘Decades of research in education shows that learning is deepened when learners construct their own understanding; with Sonaphors, young people are no longer told what atoms look like, but construct their own, unique imaginative construct – with just enough support from the sound and narration to ensure that construct is scientific,’ says Genevieve Firmer, who is a PhD researcher in our team and a former high school chemistry teacher. ‘Sonaphors place the young person and their perceptions of the world squarely in the centre of the learning process.’

Alexis Weaver has worked as a researcher and sound designer for the project and enjoyed the opportunity to work as part of an interdisciplinary team. ‘I love collaborating with others, often other creatives or people working in media, so the idea of collaborating with academics from other fields was more intriguing than terrifying,’ she says.

Weaver is a strong advocate for sound-based pedagogy. ‘Sound is an inherently educational medium and ironically enough, has great “visual” power!’ she says. ‘Our experiences of sound are often paired with vision – with actions, gestures, events, natural phenomena – so we can call on sound to evoke a mental visual and then massage that mental visual to reflect new concepts through use of familiar timbres, pitches, gestures and sound objects.’

Central to the Sonaphor design was a desire to create a feeling of joy and wonder among students and to create a fun way of learning science. For Weaver, there is an association between ‘fun’ and good sound design. ‘Our modern media is drenched in excellent sound design,’ she says. ‘So, it seems to me that we can use creative sound design as a way to not only create potent and flexible mental images, but also engage learners in ways more aligned to their extracurricular interests.’

In particular, we hope that using sound, music and storytelling might help students struggling with chemistry to more readily learn key concepts and to develop deeper interest in the science.

The use of a sound-based learning tool also has potential for more inclusive and accessible learning for students who are blind or have low vision, and this is something our team are keen to explore further. We would also love to record scripts in languages other than English and voiced by scientists who will exemplify and celebrate diversity in science.

More recently, we experimented with co-creating Sonaphors at the major Australian music festival Splendour In The Grass. Performing as The Atomic Choir, we encouraged the audience to make noises and sound effects to create their own ‘symphony’ to illustrate scientific scripts. Next, we plan to try this approach in classrooms and encourage students to create their own Sonaphors, perhaps for inclusion in future science podcasts.