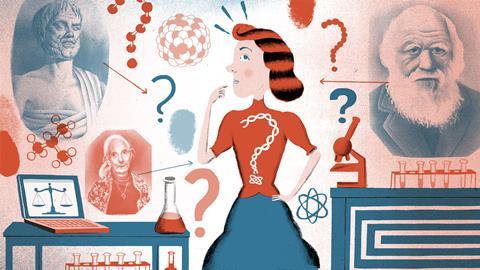 Usually when we think of women in science, we focus on the access women have had to practicing science. This is not without warrant. Women have been persistently excluded from science, and their work has been disregarded by or even credited to male scientists.1 With the exception of some sciences which for some period of time were regarded as feminine (such as chemistry and gynaecology), it was common belief that women should not be participating in the production of scientific knowledge.

However, there is another aspect in which women have been undermined vis-à-vis science. Throughout the history of science, well-established theories supposedly explained why women are inferior to men and thus why it is justifiable to exclude them from activities that are traditionally regarded as masculine, including scientific practice itself. The prejudices that emerged from such ’scientific’ accounts explain to a significant degree the biases and discriminations women continue to face today.

As is often the case, this story begins with the ancient Greeks. Up until the Scientific Revolution, Aristotle’s natural philosophy constituted the basis of how the West understood the world. Aristotle argued for the cognitive and moral inferiority of women; to him, the female body constitutes ‘defective matter’ whose sole purpose is to accommodate the growth of the male seed.2 In this context, ancient and medieval medicine understood the female body as an imperfect copy of the male one, with its reproductive organs representing failed, imperfect or even amputated approximations of male ones.

The female skeleton was a point of disagreement between anatomists

This idea was discarded during the 17th century. Early anatomists argued that the female reproductive organs were as perfect as they could be for the purposes they served. Nevertheless, some anatomists developed representations of the human skeleton showing women with smaller and weaker bones, wider pelvises and smaller skulls. These differences supposedly explained why women are less active than men, less strong, less inclined towards developing analytical skills and why they are destined to reproduce.

To be fair, the female skeleton was a point of disagreement between anatomists. Certain anatomists, such as Vesalius, pointed out that there are no observed anatomical differences between the two sexes and proposed a genderless representation of the human skeleton. However others, such as Geneviève Thiroux d’Arconville (a woman anatomist!) went so far as to exaggerate in her representations the sizes of the female skull and pelvis. For a significant period of time, d’Arconville’s representations were preferred because they accommodated sexist prejudices and satisfied the aesthetics standards of the time.3

Perhaps the most astonishing example of a scientific theory that allegedly supports the inferiority of women is Darwin’s theory of evolution. Darwin believed that the male members of a species develop more advanced cognitive and bodily abilities because of their unique role in the survival of their species and in the selection of sexual partners. As such, males have evolved to be smarter, more creative, more energetic but also polygamous and aggressive.

Today we know that such interpretations of evolutionary theories are false. Most notably, primatology empirically established that male primates do not exhibit stark differences in aggression, sociability or cognitive abilities relative to their female counterparts. Interestingly, primatology is nowadays regarded a paradigmatic case of a female science as after the 1970s it explicitly encouraged female primatologists to conduct studies. This in turn lead to great progress in the field as female primatologists – unlike their former male colleagues – started to study in detail the behaviour of female (and not only male) primates.

So why did scientists get things so wrong when it came to understanding sex and gender differences? One could argue that these are just examples of bad scientific practice. But this is only part of the story. Scientists drew – and still draw – sexist conclusions not because their theories do not adhere to empirical standards, but because scientists want to support sexist claims.

A perfect example of this is the first law of thermodynamics. In the 19th century Professor Clarke of Harvard Medical School, as well as English psychiatrist Henry Maudsley, argued that only a specific amount of energy can be spent by humans as the first law states that energy can neither be destroyed nor created.4 From this they inferred that women are intellectually inferior to men because women spend more energy for their reproductive development, which leaves them with less energy – compared to men – to develop cognitive abilities.

What lessons should we draw from all this? The above is a perfect example of how scientific practice is guided by values and preconceptions about the world. Inevitably, such values will include ‘bad’ ones too. Given this, I believe it is crucial to incorporate in scientific practice and science education the discussion of how gender, racist and any other prejudices affect science. This is not only because the dismissal of such prejudices is the morally right thing to do, but also because dispensing such prejudices contributes to the progress of science.

3 L Schiebinger, The mind has no sex?: Women in the origins of modern science. Harvard University Press, 1991