Five years ago, the only people talking about cold-brewed coffee lived in Portland, US, had beards and wore spectacles that they didn’t need. Last month, my grandmother called me to ask how to make her own at home. We are in the middle of a cold-brew revolution.

The allure of cold-brewed coffee, touted as a smooth, chocolatey alternative to the acrid, over-sweetened bottled coffee of years past, has sparked a frenzy that now reaches beyond coffee itself. The halo effect of cold-brewing is so strong that bottled drinks of all types have begun to boastfully promote the coldness of their manufacture, from cold-brewed teas and tonics to cold-pressed juices and nut milks. It may be just a marketing frenzy, but the cold-brew obsession has piqued our collective interest in a subject that runs much deeper than trends and hype: flavour extraction. 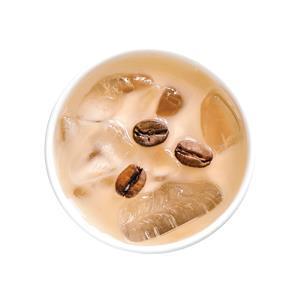 Coffee has a more chocolatey taste when cold-brewed

Some of the popular narrative circulating around the coffee world could lead you to believe that cold-brewing is the only way to craft the perfect cup of iced coffee: that coffee beans have some kind of hot or cold valve. There’s a romantic kind of symmetry to the idea – cold brewing for cold coffee, hot brewing for hot coffee – but food is never so binary. A coffee bean is a vast library of tastes, aromas, textures and colours, and the proteins, polysaccharides, lipids, sugars and smaller solutes responsible for that rainbow of sensory delight follow the same chemical principles of solubility and diffusion as any other food molecules.

Steep a bean in water, and chemistry and physics dictate a mad dash of molecules to the surface. By varying the surface area of the grounds, and the temperature and time at which they are extracted, we can control which combination of those molecules makes it into the final brew. This version of the story isn’t without its own romance: temperature, time and grind size fall on a continuum, offering virtually unlimited permutations of flavour that can be extracted from a single product. Rather than blanket statements like ‘cold-brewed,’ we might someday see bottled coffee companies promoting a range of brewing temperatures alongside the origin and roast profiles of their beans.

Coffee, tea and other bottled drinks helped to spark consumer interest in flavour extraction, but these principles apply to more than just beverages. All techniques that involve steeping food in liquid follow the rules of temperature, time and surface area, and that applies to one of the most elemental components of any kitchen: stock.

By simmering bits of meat, vegetables and herbs in water, chefs create a culinary staple with innumerable applications. Like brewing coffee, making stock is mired in a lot of lore and traditional dogma, including the temperature at which it should be made – tradition dictates that stocks be held at a simmer around 85°C. As with coffee, that convention is also being challenged, only this time the push is toward higher steeping temperatures. Modern cooks are discovering that the sustained, intense heat of a pressure cooker not only speeds flavour extraction and shortens cooking time, but that the character of the flavour is often preferable to traditional simmered stock. If used correctly, a pressure cooker can trap volatile aromas that are normally lost during open pot cooking, and the elevated temperature encourages more extensive Maillard browning, deepening the roasty quality of the finished product. 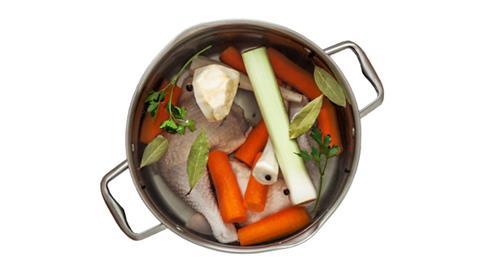 Temperature, time, and surface area may dictate the energy, duration and topography of the flavourful race to deliciousness, but the liquid in which we are steeping our food holds the key to the finish line. If aromas lack a proper place to land in your food, even the most carefully extracted bouquet will fail to reach your nose.

This is where chefs should start taking pages out of the baristas’ book. Coffeepots and stockpots adhere to the same chemical and physical principles, and yet these two pieces of equipment are often subject to drastically different philosophies, especially with respect to lipids. Coffee experts relish the aromatic oil droplets expelled from the bean during brewing, while most chefs strive to remove all traces of fat or oil from classically-made stock. Young cooks across Europe and North America are taught to painstakingly skim away any fat that rises to the surface of stock as it cooks and to avoid boiling stock at any cost, since the shear forces caused by erupting bubbles can create fine clouds of inextricably emulsified fat. This philosophy stems from an old-school French obsession with clear liquids – the clarity of a consommé was once a highly-scrutinised metric of a chef’s skill. The problem with this approach is that by attempting to remove any trace of lipids from a stock we also remove an important reservoir for hydrophobic compounds, including many of the most important aromas in our food. If you are preparing anything other than a dish for your final exam in a classical French culinary course, you’re better off leaving those aromas somewhere comfortable to land.

Moving flavour from one place to another is one of the most important tasks we carry out in the kitchen. It’s so important that our knee-jerk reaction is often to cling to a single strategy that yields good results and dismiss anything that contradicts it. If we instead think of flavour extraction as existing on a continuum, we gain the opportunity to generate innumerable combinations of taste, aroma, colour, texture and maybe some catchy marketing strategies as well. 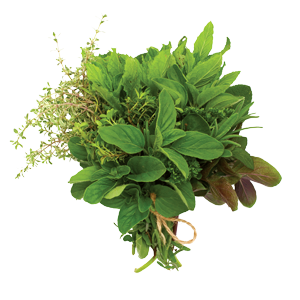 This recipe doesn’t just create a delicious, deeply roasty stock in about an hour: it also offers us an opportunity to investigate flavour extraction first-hand. If you just want some great stock, follow the recipe as set out, adjusting the portions to suit your needs.

If you’re feeling more inquisitive, omit the herbs from the pressure cooking step, cool the stock as indicated, then divide the stock into portions and experiment with different regimens to see how preparation temperature affects flavour.

- 500g vegetables (a combination of onions, ?carrots, fennel and mushrooms works well, but you can use whatever you have to hand)

1) In an open pressure cooker, add a small amount of oil and cook the chicken bones until they turn brown

2) Add vegetables, water and herbs (if you want to experiment, do not add the herbs at this step; see step 7)

3) Seal and cook on high pressure for one hour

4) Release the pressure and cool

5) Strain the stock to remove the bones and vegetables

6) The stock can now be used for any meals you are preparing; it is safe to store in the fridge for up to 10 days or can be kept frozen for several months

7) If you want to experiment: divide the stock in to three portions, and add the herbs to the stock a) in the fridge overnight; b) when it is heated to 65°C for half an hour; c) when it is kept at a rolling boil for five minutes