The craft of cooking in a fine restaurant relies on an endless cycle of refinement. Premium raw materials come in the door and are whittled down to leave only the most succulent, intensely flavoured morsels, which are then coddled and fussed over, often for hours or even days, to yield a single perfect bite. 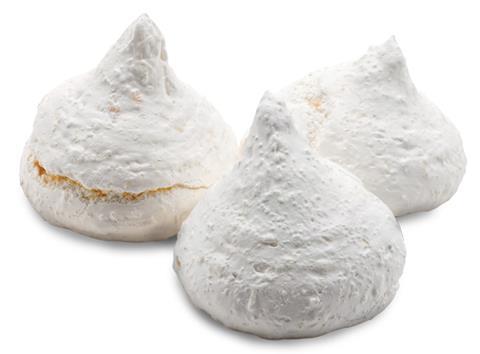 This model sounds like a food waste nightmare, and it would be, were it not for the relentless resourcefulness of chefs, who make managing food waste look easy. Your average sous chef at a Michelin-starred restaurant could rattle off half a dozen uses for anything from orange peels to cheese rinds, seemingly without having to give it a second thought. Their expertise is accumulated over years of trial-and-error supported by centuries of experimentation. Those of us who don’t have several years of free time to commit to memorising every trick in the culinary book should instead focus on the fundamental alphabet with which that book was written: the principles of ingredient functionality.

Waste not, want not

Ingredient functionality is an approach to cooking that emphasises roles played by the fundamental building blocks of food (macro- and micronutrients like sugars, lipids, proteins, polysaccharides, water and minerals), rather than getting lost amid the higher order complexity of the thousands of known food ingredients and the innumerable variety of dishes that they can create. These building blocks have a limited, universal subset of roles that they play in all food, which means that home cooks can gain greater insight into solving culinary problems, including repurposing waste, merely by paying attention to a few repeating patterns in the way food behaves. Recently, these patterns helped a few curious vegans uncover some profoundly useful applications for aquafaba, a byproduct ingredient that has started an unprecedented craze in the food world.

Aquafaba is the liquid leftover from cooking legumes and is often found in the form of a milky, mucilaginous liquid harvested from cans of chickpeas. It may have humble origins, but if we look at the functionality of the building blocks it contains, aquafaba is a culinary swiss army knife. It was discovered and widely publicised for its ability to mimic the functional role played by egg whites in a meringue.

Stabilising a meringue is one of the most demanding roles for any ingredient to play, because it requires that ingredient to be surface active, create gels, and prevent syneresis (explusion of liquid from a gel).

Various failed attempts at making vegan meringues have centered around plant and bacterial polysaccharides, which can create gels that are resistant to syneresis with the addition of sugar, but lack the surface activity to create a stable foam. Vegan protein isolates, which are able to stabilise the water–air interface and coat the surface of bubbles to create a longer-lasting foam, tend to contain foul aromas. This is a flaw in meringue preparations where the aerated, ethereal structure tends to expose any unpleasant flavours that may be lurking within. Aquafaba is the hero of meringue-hungry vegans everywhere because it contains amphiphilic proteins (which creates stable bubbles), starch (which reinforces the microstructure) and even a decent amount of free sugar (which is hygroscopic so prevents water from weeping out). This perfect storm of functionality allows cooks to create glossy, stable, delicious meringues without the use of animal-derived products.

The early adopters of the ingredient functionality approach, like several of those who helped turn aquafaba into an instant sensation, are motivated by overcoming dietary restrictions caused by allergies, aversions or nutritional concerns. The beauty of starting these types of discussions in our culinary culture is that once an ingredient has been functionally ‘mapped’, the floodgates of innovation swing open.

Aquafaba’s superstar status isn’t just due to vegans. It owes much to the fact that this same surface-active, gel-forming, viscosifying combination is able to tackle an immense spectrum of functional calls to action, from binding cereal bars and croquettes to emulsifying mayonnaise and thickening soups. We’ll see more of these functional maps arise for other byproducts in the future, unlocking strategies not only for health and environmentally conscious cooks, but also for anyone interested in the next big innovation. While cooking our waste streams isn’t the only method for repurposing excess food, it’s definitely the most delicious.

Here is a basic recipe for an aquafaba meringue. Rather than stick to the classic treatment of baking it to set the texture as is, you can also experiment with adding flavours ranging from vanilla and bourbon to matcha and clove, or add this vegan meringue to any recipe that requires aerated foams, from breads and cakes to ice cream and marshmallows.

1) Using a sieve and bowl, open a can of chickpeas and strain off the aquafaba

4) Spoon or pipe the meringue onto a greased baking sheet