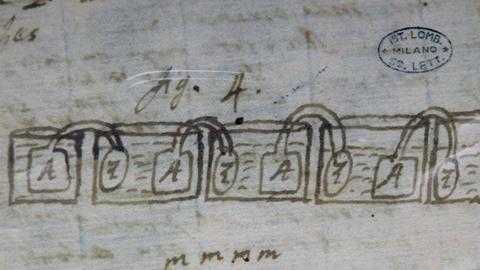 In their original manuscripts, it’s not just through their words that writers reveal themselves. John Steinbeck’s The Grapes of Wrath is handwritten in a meticulous script with very few revisions or deletions, but his writing gets ever smaller as the pages pile up: indications of the clear-eyed urgency with which he compiled his masterpiece. George Orwell’s manuscript for 1984, meanwhile, is a mess. Part handwritten and part typed, it is so littered with corrections that it’s barely readable, testifying to how he polished, distilled and refined his prose to achieve his trademark no-frills concision.

But there’s something else revealed in one of Orwell’s most obscure manuscripts, a letter he penned from his cottage in Wallington, Hertfordshire, to the editor of the Soviet journal Foreign Literature on 2 July 1937. Orwell had just returned from his exploits in the Spanish Civil War, the subject of Homage to Catalonia, published the following year. In Spain, Orwell, fighting for the Republican army, had been shot in the neck by a sniper and was treated in a hospital in Barcelona. It was very probably there that he contracted the tuberculosis that was only diagnosed when he fell seriously ill in 1947; he died in January 1950 after the disease caused an artery to burst in his lungs.

The source of Orwell’s infection was not clear, however, until 2018, when Gleb Zilberstein, a scientist at the chemical-sensor company Spectrophon in Rehovot, Israel, chemist Pier Giorgio Righetti of the Polytechnic of Milan in Italy, and their colleagues analysed the chemical composition of the 1937 letter.1 Laying non-adhesive plastic strips mixed with resins that could capture ions and organic molecules on the typewritten (but hand-signed) document, they extracted samples that they analysed by mass spectrometry to find traces of six proteins unique to the tuberculosis bacillus – probably transferred to the paper from saliva on Orwell’s fingertips. They also detected traces of morphine, which was probably given to Orwell as a painkiller in the Spanish hospital.

In 2016 the same team had found morphine traces in the final manuscript draft of The Master and Margarita, the great work by the Russian writer Mikhail Bulgakov.2 The author, at that point close to the end of his life, was probably taking the painkiller to ease the agony of an inherited kidney disease (protein biomarkers of which the researchers also detected). But the massive doses might help account for some of the hallucinatory intensity of this modernist masterpiece, in which Satan visits Moscow accompanied by a talking cat. 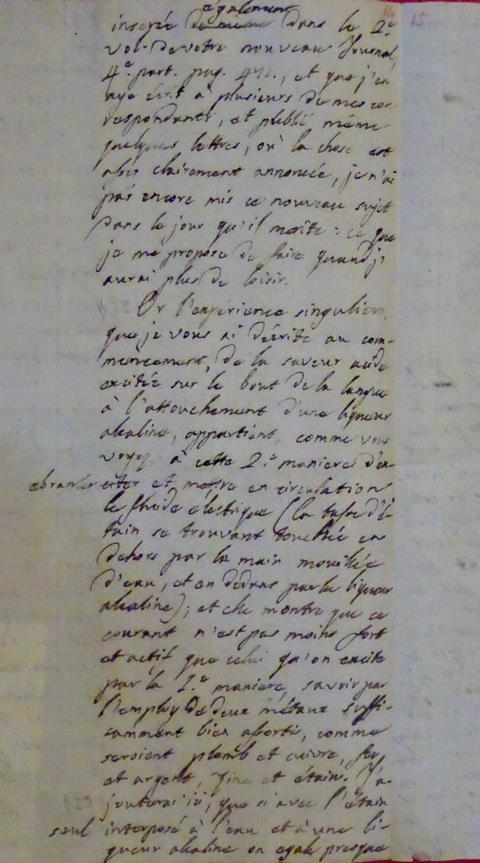 The latest manuscript analysis by Zilberstein, Righetti and colleagues is less lurid, but no less fascinating.3 The researchers were struck by the intensity that remains even today in the inks used by the Italian scientist Alessandro Volta on the manuscripts stored at the Lombard Institute Academy of Science and Letters in Milan. Volta is best known for his invention of the electrical pile, the world’s first battery. But he was also a wide-ranging inventor and chemist, who discovered methane gas in 1776 and improved the simple electrostatic generator called the electrophor that the Swedish physicist Johan Carl Wilcke first introduced in 1762. Might Volta, the researchers wondered, perhaps have devised his own recipe for ink?

They used their plastic patches to extract tiny samples of the inks from four manuscript pages and subject them to gas chromatography and time-of-flight mass spectrometry. In those days, black ink was typically made from the iron salt of tannic acids extracted from vegetable sources, primarily from the round galls found on oak trees, mixed with gum arabic as a thickener. Other inks used sooty carbon blacks such as lamp black as the pigment; the researchers recently found that the ink of the ancient Dead Sea Scrolls is mostly coloured with carbon soot.4 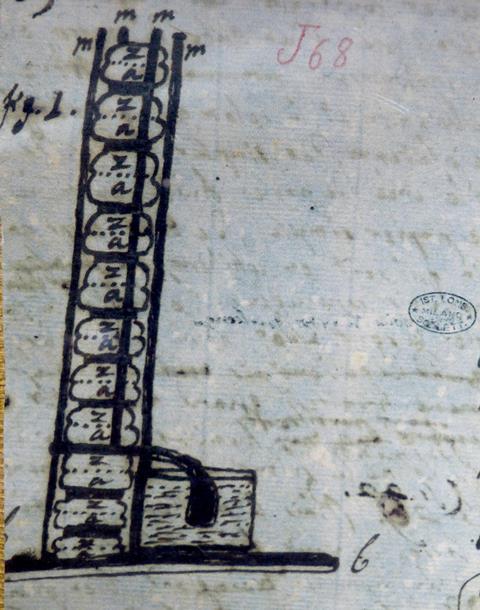 Volta also used his unusually intense ink for sketches, like this one of his pile

But the team finds that, as well as tannins and vegetable oils, Volta’s ink contains other organic dyes and compounds, including some found in the popular red dye extracted from madder root (which might account for the ink’s reddish tinge) and in ink made from logwood (another common source at that time). While the ink’s complex chemical mixture overlaps with all of these, it also contains more than 1500 compounds present in none of them, suggesting that other plant extracts were included in the recipe too, including some found in exotic tropical flora.

Thus Volta’s ink was highly unusual in its chemical complexity. The researchers speculate that ‘he might have adopted such a complex ink composition to impart to it a particular brilliancy and a unique elegance that would distinguish his writing from those of the other scientists he was corresponding with’ – a peculiar example of bringing literal brilliance and intensity to one’s writing. Whether he made the stuff himself, however, we may never know.