What now for OPCW?

When Sergei and Yulia Skripal were found unconscious on a bench in Salisbury on 4 March, it took just a few days for investigators to determine that they had been poisoned by a nerve agent. 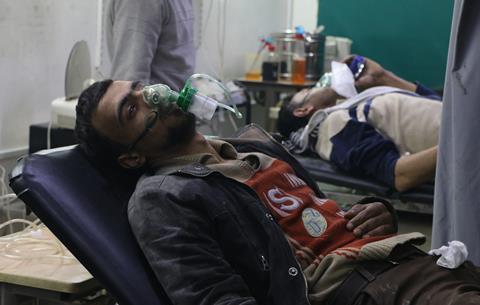 The UK government quickly called in the Organisation for the Prohibition of Chemical Weapons (OPCW), the watchdog agency of the Chemical Weapons Convention (CWC), to provide independent verification. On 12 April, the OPCW confirmed the UK’s finding that the nerve agent was a Novichok — a class of organophosphorus compounds developed in the then-Soviet Union.

This is not be the first time that a nerve agent has been used in an assassination attempt. Just a few days after the Salisbury attack, the US State Department concluded that Kim Jong-nam, the half-brother of North Korean leader Kim Jong-un, had been murdered with VX in Kuala Lumpur airport last year.

As the Salisbury investigation was unfolding, a chemical attack of a very different kind hit the people of Douma in Syria, killing at least 43 and sickening hundreds more. An OPCW team will start gathering evidence about this atrocity on 14 April.

These incidents starkly illustrate how the OPCW’s role is changing. Since the CWC came into force in 1997, the organisation’s main task has been to oversee the destruction of the chemical weapons stockpiles declared by parties to the convention. More than 96% of those stockpiles have now been eradicated, and the OPCW has been shifting its attention to preventing the re-emergence of chemical weapons.

But as events in Salisbury, Kuala Lumpur and Syria demonstrate, chemical weapons are being used against people in ways that were not envisaged by those who originally negotiated the CWC. In some quarters, there are growing calls for the OPCW to respond by taking on a more proactive role in policing chemical weapons, which could lead beyond its original mandate.

One thing is clear: the OPCW, and perhaps the CWC itself, must evolve to adapt to this new context.

Back in 2016, I noted that the OPCW was already ramping up its efforts to safeguard against the manufacture of new chemical weapons. This included more inspections of industrial facilities that make ‘dual use’ chemicals like chlorine, which have legitimate uses but can also be deployed for evil; training and support for national agencies; education programmes; and advice to governments.

The worrying resurgence of chemical weapons in Syria and elsewhere means that the OPCW needs to move faster, and become a much more adaptable organisation. Yet it is hamstrung on several fronts.

The first is staffing. The organisation’s rules limit staff to a seven-year term of service, although in some cases that may extend to 10 years. This was to ensure that the OPCW avoided accumulating the ‘dead wood’ often found in United Nations organisations, and regularly brought in new talent and fresh ideas. It also reflects a hope that the OPCW’s key tasks would be all-but complete once it had set up verification regimes and overseen the destruction of existing weapons stockpiles.

Unfortunately, high staff turnover actually degrades competence within the organisation. Experts are often rehired as consultants to serve on specific projects, but with the OPCW taking on a broader range of long-term responsibilities, it needs more permanent staff.

The second challenge lies in the OPCW’s executive council, whose members are elected by CWC signatory states and typically represent their political interests. As international tensions grow around chemical weapons, divisions could become increasingly stark within the council, making it much more difficult for the OPCW to make decisions about tackling the most contentious tasks it faces. Soon after the attack on the Skripals, for example, Russia proposed that it should be involved in reviewing samples from Salisbury. It was outvoted 15 to six at the executive council, with 17 abstentions. Concerted diplomatic efforts are needed to ensure that these growing fractures do not impede the OPCW’s vital work in the future.

An OPCW with teeth

Political tensions have also been apparent in another burgeoning aspect of the OPCW’s work. In general, the OPCW has had a purely technical role in investigating the use of chemical weapons – it identifies the compound, but does not apportion blame.

In 2015, however, the UN set up a joint investigative mechanism (JIM) with the OPCW in response to chemical weapons use in Syria. This partnership explicitly aimed to determine who had deployed those weapons, and in several cases it produced compelling evidence that the Assad regime was responsible.

For example, the OPCW had previously found that some Syrian stocks of a chemical weapons precursor, methylphosphonyl difluoride, contained contaminants such as phosphoryl chloride. Samples from Khan Shaykhun, the site of a sarin attack in 2017, matched this contaminant profile, and the JIM concluded that the Syrian government was behind the attack. Within months, though, Russia blocked the continuation of the JIM’s mandate to investigate chemical weapons attacks in Syria.

Given the success of the JIM, there is a strong case that the OPCW should be granted similar additional investigatory powers, through a new clause to the CWC. That would prevent its work being stymied by a veto from a UN Security Council member.

Making that change would certainly be very difficult. It may even raise the risk that countries, including Russia, could fall out of the CWC, which would be disastrous. But international treaties must be able to adapt to the changing geopolitical context around them. Ultimately, if the CWC and the OPCW are to remain viable, they must be able to investigate and hold accountable those who use chemical weapons.