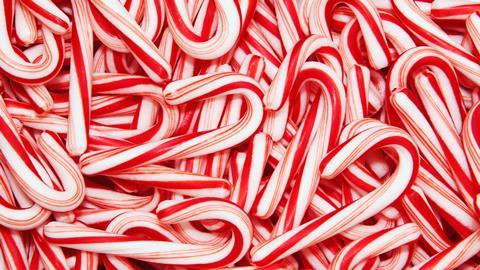 Like any compound, the festive flavour of peppermint can be harmful in high doses 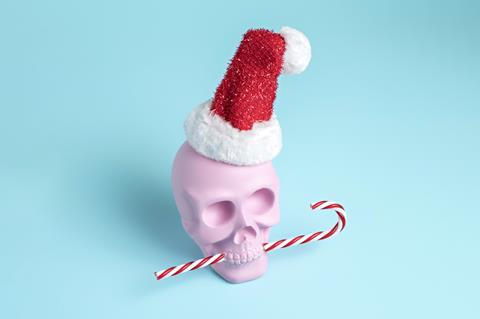 While peppermint appears in products year round, its star turn is at Christmas. Peppermint’s festive top billing, according to the culinary magazine Epicurious, can be traced to the seasonal craze for candy canes. Of the 1.2 billion candy canes annually produced, 90% are snapped up between Thanksgiving and New Year’s Day. Beyond candy canes and merry mints, peppermint abounds in Christmas desserts, beverages, potpourri and various other yuletide offerings. A hybrid of spearmint (Mentha spicata) and water mint (Mentha aquatica), peppermint (Mentha x piperita L.) can be an invasive grinch of home gardens while also being a valuable crop globally.1 Several thousand tonnes of peppermint oil are produced each year,2 cheering with its flavour and taste. Peppermint and its oil, bearing the US Food and Drug Administration generally recognized as safe designation,3–5 enjoy jolly and benign reputations. But minty merriment does not mean there is no menace.

Malicious mint may bring to mind the Bradford sweets poisoning, which saw peppermint humbugs at the centre of 21 deaths in 1858. Peppermint was not to blame, however. Arsenic trioxide – accidentally used in place of powdered gypsum in the humbug recipe – was at fault. The rare times peppermint has been at the root of extreme harm, menthol or pulegone have been singled out as the toxins responsible.

The optical isomer of menthol found in mint plants is (1R, 2S,5R), comprising up to 50% of peppermint oil.1 This year’s Nobel prize in physiology or medicine highlighted the science behind menthol’s physiological cooling action. The cooling effect is attributed to activating the TRPM8 ion channel, with this activity also explaining menthol’s pain-relieving effect.6,7 Menthol effects and its use by athletes to cool and soothe has prompted evaluation of this compound as an ergogenic aid – something used for the purpose of enhancing performance.8,9 The lethal oral dose of menthol for humans is estimated at 50–500mg per kilogram of body weight. Menthol’s estimated lethal dose for humans via other routes (dermal, inhalation, injection, etc) is harder to locate. Sadly, a fatality attributed to menthol was not.

Minty merriment does not mean there is no menace

Doctors at the Department of Emergency Medicine of the All India Institute of Medical Sciences in New Delhi reported on the first fatal menthol poisoning case in 2016.10 Along with the US and China, India is a major mint producer, with a majority of the peppermint coming from the state of Uttar Pradesh. A farmer from this state, tasked with cleaning a tank within a peppermint factory, climbed down into the tank. He was found unconscious and transported to the emergency department. He remained insensible and was treated for a host of exposure-related ailments including seizures, respiratory distress and renal dysfunction before dying 10 days after arriving at the hospital. With no history of substance abuse and a past medical history judged as ‘noncontributory’, doctors named menthol the malefactor and pointed to similar manifesting illnesses noted in three other documented peppermint poisonings.

A few years before the farmer’s death, emergency room doctors in Uttar Pradesh treated a comatose woman emanating ‘a strong smell of mint’.11 Doctors ascertained their patient had ingested peppermint oil in a possible attempt to self-harm. Besides being concerned about menthol exposure, doctors pointed to a minor component of peppermint oil – pulegone. Pulegone is reportedly a carcinogen as well as a neurotoxic and hepatotoxic (liver-damaging) agent. Pulegone is not authorised as a flavouring agent in the US, and for safety, a pulegone concentration of <1% is recommended for cosmetics.3 Yet peppermint oils can range in pulegone content from approximately 0.5% to over 4%. Doctors noted the possibility ‘that the absolute amount of pugelone became significant leading to severe atonia which in turn led to hypoxia’. That is, extreme muscle relaxation led to low oxygen in tissues. This patient was in respiratory distress, but doctors saw no evidence of toxic action on the kidneys or liver as noted for menthol and pulegone.

Though the women’s peppermint oil overdose was judged ‘near fatal’, she recovered. As did another woman who injected herself with approximately 5ml of peppermint oil. This case, also a possible self-harm incident, was reported by doctors at Germany’s Clinic for Anaesthesiology and Intensive Care Medicine in Jena University Hospital in 2005.12 A unique ailment in this case was excess fluid in the lungs, with resulting acute lung injury. A hospital stay of nearly two weeks saw the patient recover sufficiently to be discharged.

Chronic exposure was the cause of a fourth peppermint poisoning case. A US man found unresponsive by his neighbours regained consciousness upon arrival at an emergency department, but did not recall what happened.13 Discussion and examination revealed a dizzying list of ailments – including unsteadiness while walking, issues with his liver and kidneys, plus long-term skin lesions. The cause was a bit of a mystery until the patient admitted to consuming two bags of cough drops a day for 20 years, mainly to treat his halitosis. The brand of drops consumed were ‘menthol-rich’, having a 10mg per drop menthol concentration. No daily menthol estimate was provided in the case report, but if each bag had 20 drops, that would equate to 400mg of menthol ingested per day for two decades. He required longer term care, regaining partial to total function across all affected bodily systems ‘six months after stopping menthol droplets’.

Peppermint, its oil, and its components are not perfectly harmless. No chemical is. Not water. Nor the thousands of chemicals in chocolate, coffee or milk. Careful chemical analysis and toxicological studies enable us to successfully navigate the risks and enjoy our favourite treats year around. Including that peppermint mocha I have my eye on…