Why we need more research risks

Scientists are playing it too safe when choosing topics for investigation, warns Philip Ball 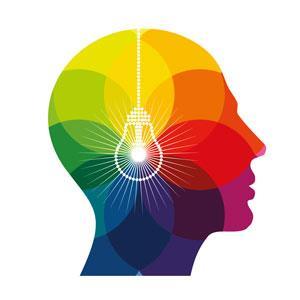 Chemists are a conservative bunch. I realise you might like to imagine yourself as a pioneer, a bold risk-taker who finds connections that no one has seen before. Perhaps you truly are. But collectively, the data speak very clearly: in selecting the problems they tackle, chemists make conservative choices.

If it is any consolation, you’re probably not alone. Indeed, judging on the basis of how often chemists make reference to work outside their immediate discipline, chemistry is a respectably broad-minded community, at least in comparison to, say, nuclear physics or astrophysics.1 It’s just that chemists – specifically, biochemists whose work appears on the Medline database – have the dubious privilege of being singled out for study by Andrey Rzhetsky of the University of Chicago, US, and colleagues, who analysed which scientific challenges were chosen for investigation in this corpus of papers.2

Biochemistry lends itself particularly well to quantification of this issue, because the research topics can be crudely represented by the molecules studied. What’s more, accumulation of knowledge can then be approximated by the growth of the network of known links between different molecules: a ‘discovery’ in this field might constitute a new association between molecules, for example when a particular drug is found to bind to a given protein.

Of course, this is a very rough-and-ready definition of new scientific knowledge. One can, for instance, very usefully elucidate the mechanism by which a known drug acts without establishing a new link in the network. But don’t dismiss the model too soon: the data have revealed some interesting, not to say disquieting trends – and they ring true.

The researchers used biochemistry papers listed in Medline from 1976 to 2010 to construct a vast network of compounds studied and relationships between them. This network, Rzhetsky and colleagues posit, reveals something about the importance afforded the compounds under investigation: the greater the number of links to it, the more significant it is deemed by the community. Certain groups of molecules cluster together – because they are chemically related, say, or exert similar pharmacological effects. Work that involves linking chemicals already close in the network is likely to be exploring tried and tested types of interaction between molecules. Links between distant compounds represent more innovative, perhaps speculative, investigations.

Unsurprisingly, the researchers found most links added to the network over time joined chemicals that have been linked before; many others only added to the density of links in the core of a particular area. However, winners of prizes in chemistry or medicine were more likely than the average scientist to link chemicals in previously disconnected parts of the network: they saw or anticipated new relationships.

The team explored the strategies used to select a research topic using five parameters (for example, the preference for researching the more central nodes in their network). They concluded that ‘the typical strategy is oriented toward exploitation, extracting further value from well-explored regions of the knowledge network’. In other words, researchers play it safe.

This impulse is understandable in some ways – it makes sense to explore established areas of knowledge thoroughly before looking for new connections and applications. But researchers found that the preference for studying centrally-located compounds actually became stronger over the years: the choices of research topic have become more conservative.

What’s more, focusing on what is already known slows discovery. The study found that the efficiency of discovery (defined as the total number of experiments performed before a certain proportion of the now-existing network links were found), is lower than it could be for other strategies. Conservative choices are generally far from optimal for science, and riskier ones could do better.

Discovery would also be more efficient if research were more coordinated: if scientists published all findings, whether positive or negative, and thereby avoided repeating experiments. Needless to say, this would require a shift in journal publication policies – if indeed journals were to remain the vehicle for publications – but such disclosure is already being recommended for reasons of transparency too, for example in clinical drug trials.3

Whatever you might feel about the fine nuances of discovery that these metrics omit, the work seems to make a strong case that science’s mechanisms and norms are not those best suited to an efficient process of finding new knowledge.

How might riskier yet potentially more fruitful work be supported? Knowing that it is more likely to lead to prizes might be sufficient motivation for some, but the problem needs tackling at institutional levels too. Perhaps there is something to be learnt from professionals in financial risk management: you can afford riskier speculations if your investments (ie research topics) are spread across a wide portfolio. This can happen, Rzhetsky and his colleagues say, by shifting the emphasis from individuals to teams. Whatever the answer, it seems we can do better in designing the mechanisms of scientific discovery. 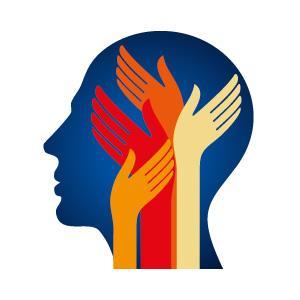