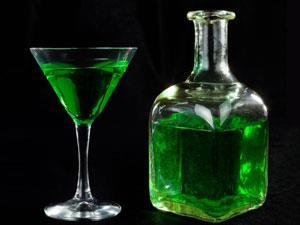 Wrongly blamed for murders and hallucinations, Simon Cotton raises a glass of absinthe to this week’s compound: Thujone

This week, Simon Cotton toasts us with an infamous green liquid.

Right at the end of that wonderful film Casablanca, there is a scene set at the airport where the German Major Strasser drives up to apprehend Victor Laszlo, a Czech resistance leader, who is escaping to America with his wife, played by Ingrid Bergman. The bartender Rick, played by Humphrey Bogart, shoots Strasser to prevent him; the crooked Vichy Captain Renault gives the police the classic instruction, to ‘round up the usual suspects.’

Although not a murder suspect, thujone was long suspected of causing many deaths and it was a century before its name was cleared. Fittingly it is associated with a French product, absinthe. 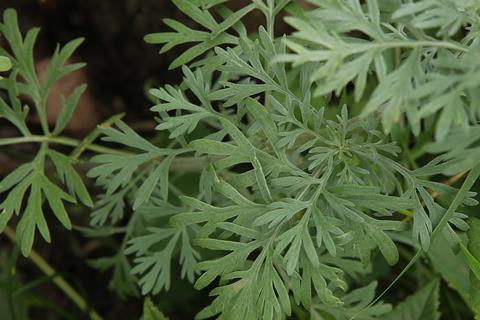 Absinthe resembles a liqueur, but is classed as a spirit. It is a green liquid smelling of anise, made by distilling a mixture of alcohol, herbs (notably wormwood) and water. It was a very popular drink in 19th century France, and was drunk in a particular way: - you put a shot of absinthe in your glass, then placed a special slotted spoon flat across the top. A sugar cube was placed on the spoon – to take away the bitterness of the wormwood in the absinthe – then ice cold water was slowly added to the sugar. The sugar gradually dissolved, its solution falling into the absinthe. As more water mixed with the absinthe, a curious thing happened, it acquired a milky opalescence, known as the louche effect. The reason for this is that as the solution became more polar, terpene and terpenoid molecules – like thujone – that were soluble in alcohol would not dissolve in the increasingly polar water-containing mixture.

Various terpenoids came from the herbs distilled to make the absinthe: thujone from wormwood, fenchone from fennel, pinocamphone and camphor from hyssop, and anethole from anise. They were responsible for the flavour of the absinthe. 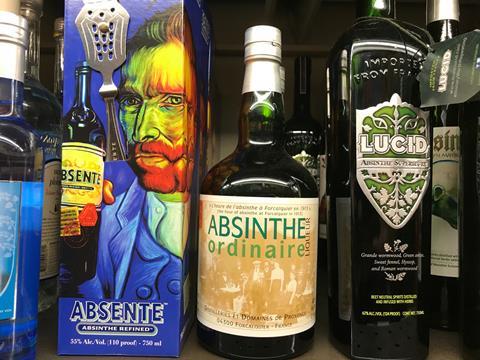 The French wine industry took a body blow in the 1860s with an outbreak of phylloxera, tiny insects which attacked the leaves and roots of the vines. Nearly half of the French vines and vineyards were destroyed. Absinthe was there to supplant it, the right drink in the right place at the right time. Absinthe was popular because it was the cheapest way for people to get alcohol, not least because industrial alcohol could be used to make it. Its ethanol content was five to ten times greater than that of wine.

It was very popular with the artistic community, men like Degas, Manet, Toulouse-Lautrec,  Verlaine, Baudelaire and of course, Vincent Van Gogh. They called it la fée verte (the green fairy), and absinthe gave rise to l’heure verte; 5 p.m. was the time when drinkers of all sorts went to a café for their absinthe, the French 19th century equivalent of a “Happy Hour”.

Unfortunately for absinthe, as its popularity increased in the late 19th century, so did health problems associated with it. Doctors came to associate it with symptoms like fits, hallucinations (both auditory and visual) and delirium, not to mention addiction.

Take Vincent Van Gogh as an example. A pioneer of expressionism, his artistic style with vigorous use of colour and strange effects is instantly recognisable. He also had serious problems of poor mental health for much of his short life. Visit the Musée d’Orsay, and look at his paintings such as La nuit etoilé; you do not have to be a chemist to wonder about the source of the swirls and spirals. And of course he was an absinthe drinker. Was absinthe to blame for Van Gogh cutting off part of his left ear?

A top French physician, Dr Valentin Magnan, had no doubts about the evils of absinthe.  He classified habitual absinthe use as something quite different to alcoholism. ‘Absinthism’ entered the medical vocabulary. An ingredient in the manufacture of absinthe, wormwood, came to be seen as the cause. Magnan seized on the convulsive effects of neat oil of wormwood and transferred them to absinthe, which contained very low level of it. Results of animal tests on dogs were extrapolated to apply to humans. The toxicity of substances present in other herbs was ignored. Wormwood was known to be a poison, and thujone, a monoterpenoid, was the first molecule in absinthe to be identified. Thujone was a convenient scapegoat. Sorted. 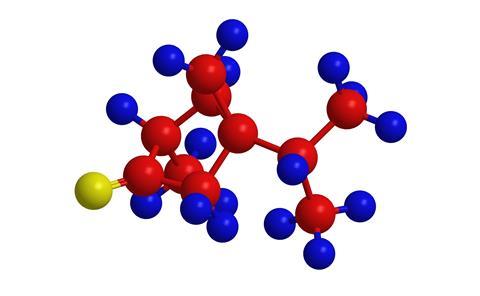 Absinthe had two big enemies. There was a growing temperance movement in France, and the wine trade had it in for the drink that had stolen its market. They seized their moment to put the final nail into the coffin of absinthe when, in a tragic case, a Swiss peasant named Jean Lanfray murdered his wife and two young daughters on August 28 1905. Lanfray was an alcoholic who regularly drank 5 litres of wine a day (as well as spirits), but this was conveniently overlooked; two glasses of absinthe got the blame. Switzerland banned absinthe in 1908, other countries followed suit, and finally the French banned it in 1915. The ban remained in place until E.U. legalisation allowed the manufacture and consumption of absinthe again in 1988.

Back in the 1970s, some scientists claimed that thujone acted on the body’s cannabinoid receptors in the same way as THC, the active ingredient of cannabis, causing thujone – and absinthe – to have psychoactive effects, but this theory was disproved in 1999. When absinthe production recently resumed, manufacturers followed the original recipes, and the absinthe they made didn’t contain much thujone. Some people claimed that modern absinthe wasn’t a patch on the stuff distilled pre-world war one, before the ban, as that contained much more thujone, and could be considered as “the real stuff”. The opportunity arose to test this hypothesis when some sealed bottles of pre-ban absinthe surfaced and their contents were analysed. To the disappointment of some, these bottles were found to contain no more thujone than the present day commercial samples of absinthe.

Enjoy your absinthe, in moderation.

Birmingham university’s Simon Cotton there, with the mind altering chemistry of thujone. Next week, the natural way to feel happy.

Serotonin is known as the happy molecule. We should all be pounding on treadmills and scoffing turkey sandwiches to make ourselves feel better. But while it’s true that turkey contains tryptophan – the essential amino acid that our bodies need to make serotonin – the connection between serotonin and our state of mind is rather more complex.

Hayley Birch reveals these complexities in next week’s Chemistry in its Element. Until then, thank you for listening, I’m Meera Senthilingam.