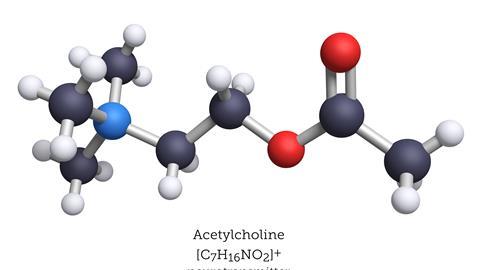 Hayley Birch explores the chemical basis of our nervous system

This week, the chemical basis of our nervous system. And taking us there is Hayley Birch:

Today, the idea that our nervous system relies on the transmission of chemical signals seems an obvious one. We're familiar with the idea of chemicals as neurotransmitters - dopamine and serotonin being some of the best known. But only a century ago, scientists were still trying to establish some basic facts about the architecture of the nervous system. Having decided that nerve cells were separate entities and not fused together into wire-like strings, they had still to obtain unequivocal proof of the existence of gaps between the cells. The humble light microscope was just not powerful enough to observe the gaps in real tissues.

Meanwhile, the question that began to plague the neuroscientific community was this: assuming that these gaps - these so-called synapses - did in fact exist, how did nerve impulses get across them? How did they jump from one neuron to the next? In the 19th century, German physiologist Emil DuBois-Reymond had put forward the idea that the transmissions were either electrical or chemical. But for decades, no one could establish which. The neurotransmitter acetylcholine was discovered while some eminent scientists of the time were still arguing that the transmissions from one nerve cell to the next were electrical. The molecule is an ester of acetic acid and the essential nutrient choline, which has an alcohol group and a quaternary ammonium salt at either end of a two-carbon chain.

The American pharmacologist, Reid Hunt - a colleague of the great Paul Ehrlich - had noted in 1906 the remarkable effects of some choline derivatives he had made in the lab on blood pressure. These derivatives included acetylcholine. Its physiological effects were surprising because at that time scientists weren't even aware it was a naturally-occurring compound.

In 1913, English physiologist Henry Dale and his collaborators isolated the chemical as a natural substance from a fungus that grows on rye. The fungus was called ergot and was responsible for outbreaks of gangrenous poisoning when people ate contaminated wheat and rye. Dale had been invited by Henry Wellcome, the founder of the Wellcome Trust, to untangle the mass of chemicals it produces. Although he wasn't at all keen to dive into what he later called this 'Pandora's box' of pharmacology, his experiments on ergot kick-started a series of studies that would eventually win him the Nobel prize. He was lucky, because acetylcholine is only found in very small quantities in ergot, though his later attempts at extracting it from any kind of animal would drive him almost to distraction.

Years later, in his Nobel lecture, Dale recalled how the isolation of acetylcholine from ergot took his work at the Wellcome laboratories in a new direction. 'Since we had found this substance in nature, and it was no longer merely a synthetic curiosity,' he said, 'it seemed to me of interest to explore its activity in greater detail.' And he did, testing the effects of acetylcholine on tissues from different animals, including cats and rats, and finding that they were similar to the nerve-stimulating effects of the toxic mushroom compound muscarine. He published his findings in 1914.

However, the now legendary experiment demonstrating the role of acetylcholine was not carried out in Dale's lab. It took place in 1920 at the University of Graz in Austria, where Otto Loewi had been studying the nervous system and decided to investigate the concept of chemical transmission between nerve cells. It's said that that the idea for the experiment came to him in a dream. Essentially, Loewi showed that by keeping the hearts of two frogs beating in a water bath he could collect some chemical substance from one that would affect the beating of the other.

The substance responsible, he believed, was acetylcholine, although this conclusion remained controversial for some years. By the time Dale finally isolated the neurotransmitter from the spleens of horses in 1929, Loewi had carried out a succession of further studies that would support the chemical transmission theory.

Somewhat later, when just about everyone, including the Nobel prize committee, had made up their mind about chemical transmission, the unequivocal proof of the existence of synapses came. Almost two decades after Dale and Loewi shared the Nobel prize in physiology or medicine in 1936, the ultrafine structure of the synapse was confirmed courtesy of the newly invented electron microscope. Further painstaking experiments were required to work out the exact mechanism of action of acetylcholine. They revolved around developing a chemical method for staining the neurotransmitter so that its action could be localised within nerve cells.

The accepted theory today is the 'vesicular theory'. Acetylcholine is packaged and delivered in little vesicles that arrive at the end of the nerve cells, fuse with the membrane and are then released into the synapse, where they transfer the signal to the adjoining neuron. These signals travelling from one nerve cell to the next make sensation and movement possible. And so, acetylcholine, the molecule that was once nothing more than a synthetic curiosity, has emerged through fungus and frogs and the spleens of horses, as the molecule responsible for every move we make.

Indeed, perhaps giving you a new-found appreciation for the importance of chemicals like these in our daily lives. That was science writer Hayley Birch with the communicating chemistry of acetylcholine. Now next week, the compound of villains?

Popular fiction villains often belong to sinister organisations with obscure names, and one of the more enigmatic examples is the Cryolite Corporation of Denmark, appearing in Peter H?eg's 1992 bestselling novel Miss Smilla's feeling for snow.

However, in addition to H?eg's protagonist Smilla Jaspersen, non-fictional heroes also have connections to the very real and important chemical named cryolite, with formula Na3AlF6.

And to find out the chemistry of cryolite, and its important role industrially during World War II, join Lars ?hrstr?m in next week's Chemistry in its element. Until then, thank you for listening. I'm Meera Senthilingam