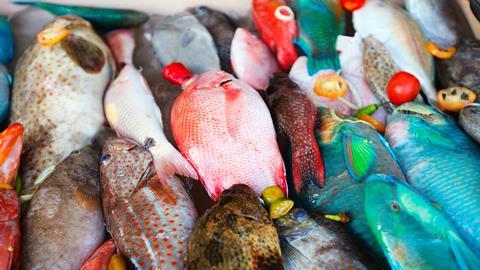 This week Enna Guadalupe considers the cuisine of the Philippines to find the most common cause of marine food poisoning.

Buzzing with people, culture and great food – the Philippines is a country to behold. Visiting there a few years ago brought back childhood memories of markets and street vendors boasting delicacies such as adobo, fried rice, and at the centre of the Pinoy diet – seafood. Unfortunately I was unlucky enough to be born with an aversion to seafood, so I watched on in envy as friends and family tucked into an array of fishy and exotic dishes. 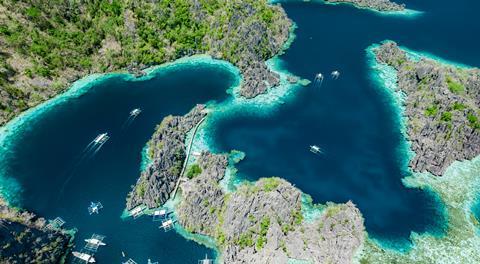 Fishing is a way of life in the Philippines. With 7,641 islands, it is one of the world’s largest archipelagos with an estimated 36,000km of coastline and an island-dwelling population of more than 93 million. Each year, the Philippines alone produces 1.5 million tonnes of aquaculture, making it one of the world’s largest fishing industries. The country is part of the coral triangle which contains some of the most productive and diverse fishing grounds in the world – a marine haven.

Due to the recent increase in tourism within the Pacific islands, the demand for seafood has soared , and once you get a taste of it, you’ll understand why (or so I’m told). But of course, this can come at a price. In 2010, nestled amongst the Western Visayas of the Philippines, the area which occupies the southern shores of Panay Island, 22 cases of food poisoning were reported in the central province of Iloilo. After consuming red snapper fish for dinner, unlucky diners experienced nausea, vomiting, itching and temperature reversals (experiencing cold objects as painfully hot, and vice versa). After patients were rushed to hospital in the capital city of Manila, samples of the fish were analysed. Tests revealed the presence of ciguatoxin, which was also responsible for the mass poisoning of Iloilan villagers back in 2006.

Ciguatera fish poisoning is caused by the consumption of coral reef fish or carnivorous fish contaminated by ciguatoxin. This toxin is produced by dinoflageillates, most notably Gambierdiscus toxicus, a microscopic algae that is common in tropical and subtropical climates. The algae are harmless to fish, and the toxin can be concentrated as you work up the food chain, with carnivorous fish containing much higher doses. Eating any reef fish can cause ciguatera poisoning, but barracuda, grouper, red snapper, moray eel and sea bass are the most common. Ciguatoxin is tasteless, odourless and cannot be destroyed by cooking, so it is almost impossible to tell whether fish is contaminated and requires extensive laboratory testing to confirm it.

People who are affected by ciguatoxin exhibit gastrointestinal, neurological and cardiac symptoms, which can start anywhere from 30 minutes to 24 hours after consumption. Most symptoms last for a few days, but neurological effects may last for years, leading to long-term disability. Most people do recover over time, but symptoms may be triggered by ingesting certain foods and drinks such as alcohol, caffeine, nuts and fish. At present, there are no reliable treatments for ciguatera, but there is some evidence that treating patients with the diuretic mannitol may help to reduce the duration and severity of symptoms.

Estimates for the annual number of cases vary hugely – from 10,000 to 500,000 people suffering ciguatera poisoning each year. This makes it the most common type of marine food poisoning, though ciguatera poisoning is often under-diagnosed and under-reported, with only 2 to 10% of cases reported to health authorities. In the past few years, with the increases in seafood trade, worldwide seafood consumption and international tourism, the toxin has spread globally. 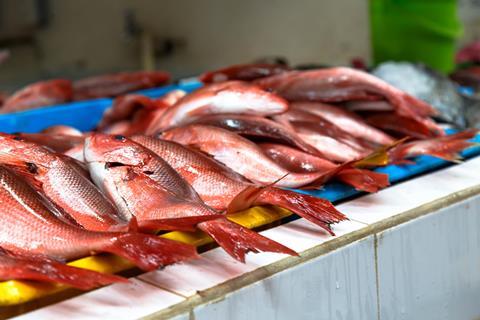 Rises in sea temperature as a result of climate change has also lead to an increase in ciguatera poisoning around the world. In an interview with NBC News, Donald M. Anderson, director of the Coastal Ocean Institute at the Woods Hole Oceanographic Institution in Massachusetts said ‘we have a much bigger problem with toxins from algae in seafood than we had 20 or 30 years ago. We have more toxins, more species of algae producing the toxins and more areas affected around the world.’

As the seafood industry continues to boom, experts warn consumers to be careful of the fish that they are consuming. Some are advising not eating the internal organs of fish, as these contain higher doses of the toxins, while others suggest avoiding seafood all together. But, with the aquaculture sitting at a value of $180.2 billion (EUR 154.8 billion) in 2018, with an anticipated rise to $224.2 billion by 2022 – this may be easier said than done.

I’ve never thought about being thankful for a food allergy… but perhaps in this case, it might just be a blessing in disguise.

That was Enna Guadalupe with ciguatoxin.

This time of year is always exciting for science journalists, as we slide into autumn and the winners of the Nobel prizes are announced. Next week I’ll be taking a look at hypoxia-inducible factor – a protein complex involved in life’s response to low oxygen levels. It was key to this year’s prize in physiology or medicine, which was awarded to William G. Kaelin Jr, Peter Ratcliffe and Gregg Semenza ‘for their discoveries of how cells sense and adapt to oxygen availability’.

Until then, get in touch with any compounds to cover – email chemistryworld@rsc.org or tweet @chemistryworld. I’m Ben Valsler, thanks for joining me.