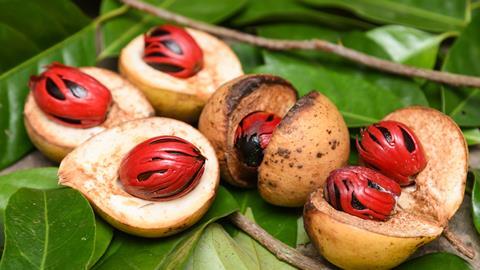 Sheffield, 1986. A husband and wife were admitted to hospital after they collapsed at home. When they woke up, they had bizarre symptoms – they were hearing and seeing things strangely, they were dizzy and nauseous. They had eaten pasta that night and the ingredients were ‘seemingly innocuous’ according to the doctor. That is, until the husband revealed that he’d accidentally dropped 10g of nutmeg into the dish while cooking it. How his wife didn’t notice the pasta’s extreme nutmeg flavour is beyond me, but perhaps she was trying to preserve his feelings lest he not cook again. 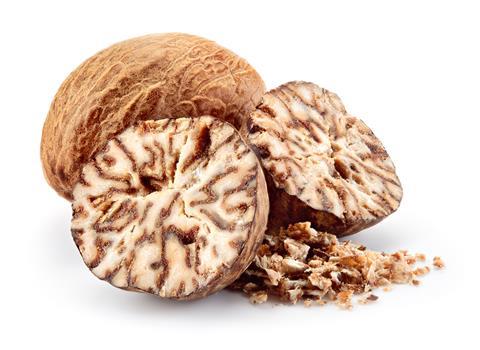 Nutmeg is a popular spice used in everything from stews and curries to the annual Christmas eggnog. But its psychoactive properties and potential lethality are less well known. Yes, you might consider yourself a good citizen, but it’s likely you have a dangerous recreational hallucinogen sitting on your kitchen shelf.

The main psychoactive component of nutmeg is myristicin, which makes up 4% of essential nutmeg oil which is obtained through steam distillation. Myristicin is an anticholinergic which means it blocks the action of the neurotransmitter acetylcholine. Symptoms include hallucinations, delirium, vomiting, dizziness and drowsiness. Five grams or more will induce poisoning. 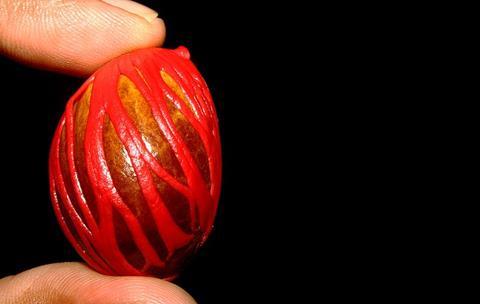 But, as is so often the case in science, it appears to be a bit more complicated than that. Pure myristicin does not cause psychoactive symptoms, so there must be something else in the nutmeg involved.

Either way, it seems nutmeg is mostly used as a recreational drug when other drug options aren’t available, for example by teenagers who don’t have access to other drugs, or in prisons – Malcolm X wrote in his biography how he would mix it with water as a replacement for marijuana.

In 2011, its rising popularity lead the Fatwa Centre at the General Authority for Islamic Affairs and Endowments in Abu Dhabi to issue an edict saying ‘there is no problem adding a little amount of nutmeg to food but it is better and religiously safer to avoid using it altogether.’

Which is interesting, considering the Arab world controlled the nutmeg trade for hundreds of years. 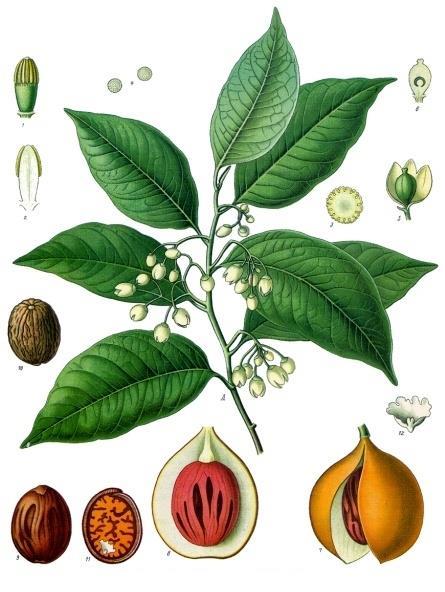 Nutmeg comes from the seed of the Myristica fragrans tree, and until the 1800s, the only source of nutmeg was the Banda Islands in Indonesia. Muslim merchants brought the spice to Europe via Venice, but ferociously hid their source to control the market. By the 1500s, nutmeg was more valuable than its weight in gold.

The location of the Banda Islands was eventually discovered by the Portuguese, and at the turn of the 17th century, the Dutch East India Company followed and attempted to trade with the locals. In return for nutmeg, they usually received medicines, silver and steel but the Dutch offered heavy cloth totally unsuitable for tropical weather. However the Dutch came heavily armed so the leaders of the islands, the orang kaya, signed a treaty saying the Dutch could have a monopoly. The English, however, were trading on two outlying islands which threatened that monopoly. The Dutch invaded one of those islands, massacred the Banda population, enslaved the survivors and forced them to work on plantations. 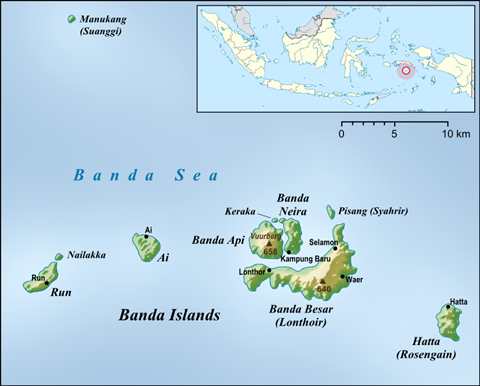 The Dutch eventually also took England’s other island, so England retaliated by taking a Dutch island in North America. The conflict eventually ended with the Treaty of Breda in 1667 which seemed to favour the Dutch. The British gave up Run, effectively granting the Dutch a nutmeg monopoly, and the English could keep the North American island. That island was Manhattan, and the English wasted no time renaming New Amsterdam, New York. To add insult to injury, in 1810 the British invaded the Banda Islands again, and though it didn’t take long for the Dutch to reassert control, it was enough time for the British to steal some nutmeg and plant it across their colonies in Asia, causing the price to plummet. The Dutch lost both their control over the one of the most expensive products in history, and what was to become one of the most powerful countries on Earth. 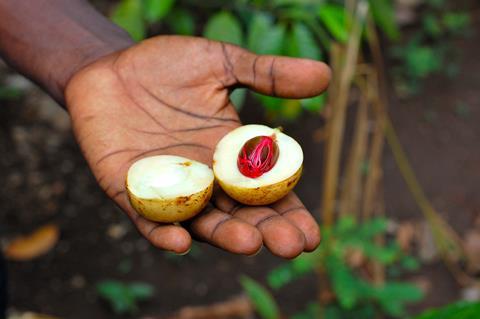 So next Christmas, think of the strange interconnectedness of the world. While you drink that eggnog (but not too much, A&E will have enough to deal with) imagine if the battle for the nutmeg trade had gone differently, and perhaps we’d all be speaking Dutch right now.

That was Florence Schecter with myristicin, and how a battle over nutmeg altered the course of history. Many thanks to our vocalist, Danielle Gibney.

We’ll be back with more of the stories behind the substances that make up our world in the new year, so until then, you can get in touch in the usual ways – email chemistryworld@rsc.org or tweet @chemistryworld.

I’m Ben Valsler, wishing you all a very merry Christmas and a Happy New Year from all of us at Chemistry World.