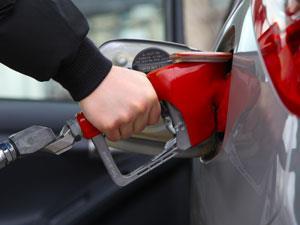 Start your engines! Simon Cotton looks into one of the few chemical names known well to the public: Octane

This week, things are ‘revving up’ with Simon Cotton.

Octane is one of the few chemical names that is part of everyday life and is recognised by the public. When you stop at a garage to fill up your car, you usually see the octane rating of the fuel displayed on the pump, 95 or 97, but what does it mean? 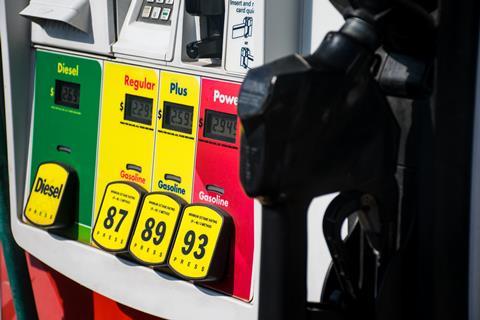 To understand that, you have to go back nearly a century. In the early days of the automobile, knocking or pre-ignition was a real problem. In a petrol engine, the gaseous mixture of air and hydrocarbon fuel is injected into the cylinder as the piston is on its downstroke, then gets compressed as the piston moves up. At a particular point, a sparking plug fires a spark that ignites the mixture, and the resultant hot gases create the power that forces the piston down, driving the engine and powering the wheels. More sophisticated engines had higher compression ratios – the fuel-air mixture was compressed more before it was ignited, but this also made it more likely that the mixture would pre-ignite, causing the engine to misfire – knocking – and lose power.

In the mid-1920s an American chemist named Russell Marker, working for the Ethyl Corporation, made a systematic study of the knocking characteristics of different hydrocarbons. He started by looking at heptane, a ‘straight chain’ hydrocarbon. Chemists tend to refer to such chains as ‘straight chains’ but in fact they are anything but straight. At best they have a zig-zag chain of carbon atoms, with attached hydrogens, though at room temperature the chains will be flexing around. Anyway, heptane caused really bad knocking.

Next he chose what we call 2,2,4-trimethylpentane, which at that time was usually known as isooctane. This had a branched chain of eight carbon atoms, but the great thing was that it did not cause any knocking. Yet when he tested ordinary octane, which had a straight chain of eight carbons, that was bad too. So scientists made up mixtures with varying amounts of heptane and isooctane in order to study their knocking characteristics. A fuel described as 95 octane has the same knocking characteristics as a mixture containing 95% isooctane and 5% heptane. The higher the octane rating, the more the gas/air mixture can be compressed before ignition, and the more power you will get.

Now of course you can’t get molecules like octane and isooctane just by tapping them off from a tree like you can get latex to make rubber. They have to be obtained from crude oil.

Many millions of years ago, organic matter like plankton built up on the sea floor. As time passed, it got buried deeper and deeper, so that eventually as the layers hardened and got turned into shale or mudstone, the organic molecules were subjected to increasing pressure and temperature.  This caused the large molecules to split into a variety of smaller molecules with shorter chains. This mixture is crude oil, and impregnates the rock, ‘source rock’ as geologists term it.

The Luftwaffe was introducing 100-octane fuel at the same time, and without it the RAF could have been at a real disadvantage

Having struck oil, an oil company has to refine their crude product, as it is no use as a fuel. Partly this means distilling it, and collecting the fractions with different boiling points. Another way of getting valuable fuels is by processes known as reforming and cracking, the latter doing the same sort of thing that happens when crude oil is formed in the first place, using heat (and catalysts) to break long chain molecules with high boiling points into smaller, more volatile, molecules which are more valuable fuels. They also produce branched chain alkanes, like isooctane, by isomerisation reactions.

There are other ways of increasing octane ratings. One is to add tetraethyl lead. This was done from the 1920s onwards, but had the disadvantage of being toxic – many workers at companies making TEL died in the first decade of production. And after the fuel had been burned, toxic lead entered the environment. Another way is by adding benzene and other aromatic hydrocarbons, but benzene in particular is toxic, creating another problem. 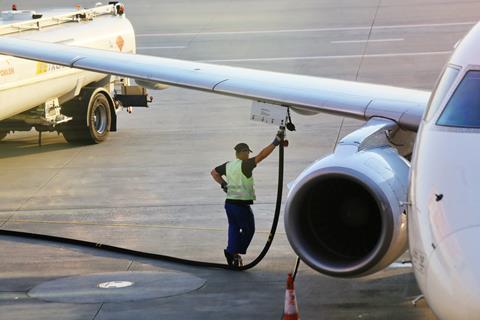 High-octane fuel matters historically. It may not make much difference to a car, but seventy-five years ago, it made a significant difference to aircraft engines. The Supermarine Spitfire had its origins in the seaplanes that won the high-speed Schneider trophy for Britain three times in 1927-1931, when Air Commodore Rod Banks and others developed high-octane fuels for this. 100 octane fuel from the refineries in Aruba, off the Venezuelan coast, found its way into squadron use with the RAF’s Hurricanes and Spitfires in 1939-40, in time for the Battle of Britain. The Luftwaffe was introducing 100-octane fuel at the same time, and without it the RAF could have been at a real disadvantage.

And Russell Marker you ask? Well, he became one of the few university professors not to have a PhD. Just over 10 years after his work on octane ratings, he found a way of degrading diosgenin, found in Mexican yams, into progesterone, which became known as the Marker degradation, an example of semisynthesis at work. This ultimately led to the development of oral contraceptives. People have won Nobel prizes for less valuable work.

Birmingham University’s Simon Cotton there, with the fuelling chemistry of octane. Next week, some food for thought over breakfast.

Many of us first came across niacin when reading the cereal packet over breakfast, because this relatively simple organic compound, also known as vitamin B3, is often added as a ‘fortification’. As we’ll hear later, the amount we consume is under question, but there’s no doubt that this is a valuable micronutrient in the right quantities.

Brian Clegg explains its benefits in next week’s Chemistry in its Element. Until then, thank you for listening, I’m Meera Senthilingam.