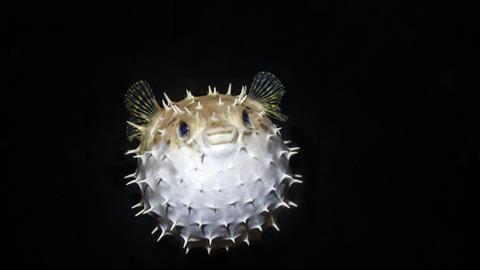 This week, the chemical way the villains got 007. Here's Simon Cotton:

We associate the James Bond films with high-tech cars and weapons, not to mention beautiful women.

But I am going to tell you about a very poisonous chemical that features in two James Bond stories.

'Au revoir, Rosa,' said Bond. The yellow eyes blazed briefly. 'Farewell, Mister Bond.' The boot, with its tiny steel tongue, flashed out. Bond felt a sharp pain in his right calf. It was only the sort of pain you would get from a kick. He flinched and stepped back...Numbness was creeping up Bond's body. He felt very cold...There was no feeling in his fingers. They felt as big as cucumbers. His hand fell heavily to his side. Breathing became difficult...Bond felt his knees begin to buckle...Bond pivoted slowly on his heel and crushed headlong to the wine-red floor.

Those are some of the last words of From Russia with Love, and it is not until fifteen pages into Dr No that we learn 'The drug was fugu poison. Fugu's scientific name is Tetrodotoxin'. 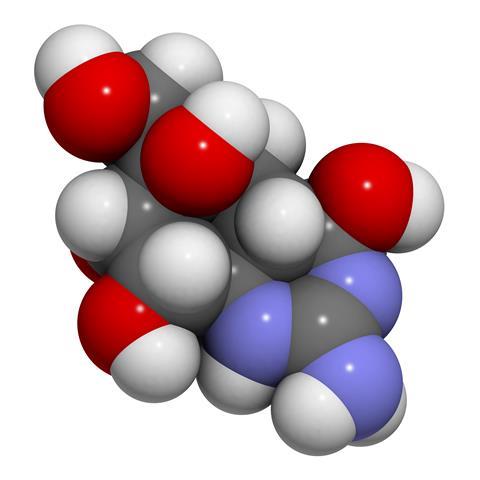 Tetrodotoxin, abbreviated to TTX, is obtained from the fugu fish, also known as the pufferfish, because when it is threatened it inflates its body to several times normal size.

Symptoms start within a few minutes of ingesting it; they begin with tingling or numbness of the lips and tongue. It spreads to other parts of the face, then more and more nerves and muscles are paralysed; the victim, who may remain fully conscious, becomes unable to move until they die of asphyxiation.

TTX is a poison because it blocks voltage-gated sodium channels in nerve membranes by binding to a peptide group at the opening of the channel. This means that sodium ions cannot enter the cell, so that the nerves do not fire and signals are not transmitted.

The fish is lucky; because of a single amino acid mutation, it has a modified sodium channel and is immune to its own poison. This enables the otherwise helpless little pufferfish to incorporate TTX into its defence.

Pufferfish - either cooked or served raw as sashimi - is the ultimate Japanese delicacy. Because the tetrodotoxin molecule is too stable to be destroyed by cooking, the chef has to carefully remove the liver, ovaries and intestines, all of which contain high concentrations of the toxin, before preparing the fish. Fugu chefs face three years' training during which they have to prepare and eat their own fugu, before they sit an examination, both written and practical. Only then are they allowed to serve it to the public. 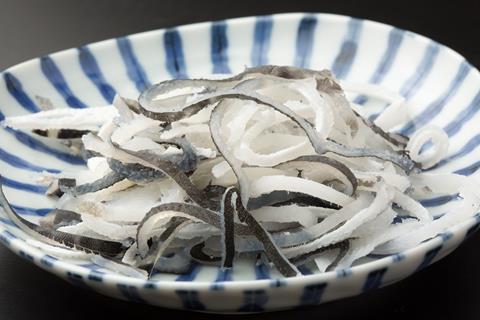 Despite that, around 50 to 100 Japanese each year die from TTX poisoning, because it is at least 1000 times more toxic than potassium cyanide. One thousandth of a gram can be fatal. Just one slip of the chef's knife and you die.

The very best chefs can leave just a trace of the toxin in the fish so that their customers can enjoy that delicate tingle with the thrill of playing Russian roulette, but without risk.

TTX is found in lots of creatures, including the blue-ringed octopus (famous from the Bond film Octopussy), some poisonous frogs, the rough-skinned newt, a flatworm and certain fish, most famously the pufferfish. 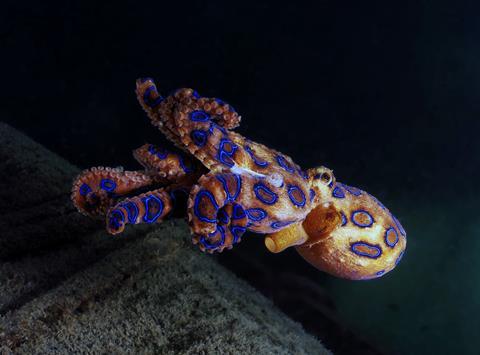 This is unusual for animal toxins, as they are usually very specific for a particular group. The reason is that TTX is produced by certain symbiotic bacteria, which the pufferfish accumulates from its diet. Pufferfish raised in captivity have much lower levels of TTX, but can gain it when they are fed liver from wild-caught puffer fish or with bacteria which produce TTX.

In a twist worthy of James Bond and the Cold War, there is an arms race between the rough-skinned newt, Taricha granulosa, whose skin is stuffed full of TTX, and its one predator, the common garter snake Thamnophis sirtalis. It's thought that mutations in the gene coding for the sodium-ion channels in the garter snake have made its ability to bind TTX decrease sharply, so that the snakes are TTX-resistant and can eat the toxic newts. Natural selection has favoured more poisonous newts, which in turn has meant more resistant snakes.

In Ian Fleming's fictional world, James Bond was given the treatment for poisoning by curare - the plant-derived arrow poison used by South American indigenous people; he survived Rosa Klebb and tetrodotoxin.

However, in the real world, there is still no antidote for tetrodotoxin. Enjoy your fugu.

So maybe you'll think twice before that next order of sashimi. That was Uppingham School's Simon Cotton with the lethal chemistry of tetrodotoxin. Now, next week, the compound that keeps our cars mobile in these winter months, but it also has a bad side.

There is a down side to the popularity of ethylene glycol as an antifreeze, and that is its toxicity. Pure ethylene glycol tastes and smells quite sweet, and this means that pets such as dogs or cats will quite often lap up spillages and become very ill. For this reason most commercial antifreeze products now contain very bitter additives to deter people and animals form drinking them.

This sweetness is also the root of a common misconception that antifreeze is added to wine by unscrupulous winemakers to make it sweeter. In fact, these villains are more likely to add diethylene glycol - two molecules of ethylene glycol joined together by an ether (or C-O-C) link - which retains the sweetness but is much less toxic.

So should you also be thinking twice before that festive wine? Join Phillip Broadwith to find out, as well as get a chemical insight into just how antifreeze gets ice off our cars, all in next week's Chemistry in its element. Until then, thank you for listening. I'm Meera Senthilingam.