Beyond weird: why everything you thought you knew about quantum physics is different 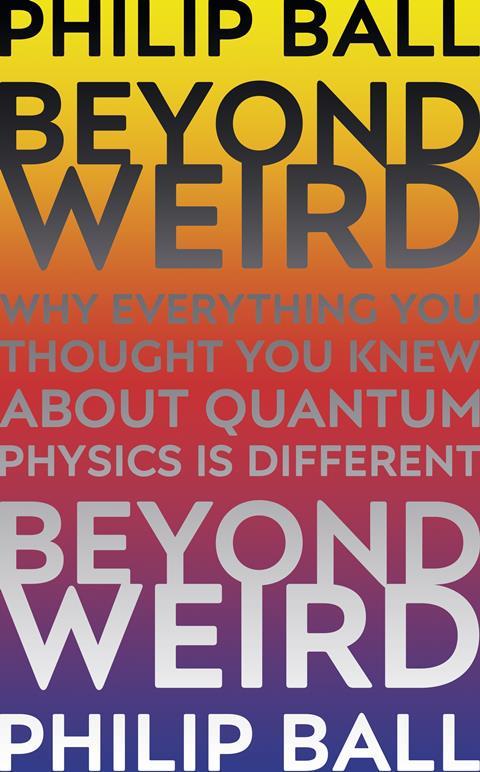 In the year Richard Feynman won a Nobel prize, he famously said: ‘I think I can safely say that nobody understands quantum mechanics.’

In Beyond weird, Philip Ball sets himself the task of explaining this notoriously mind-bending area of science. He explains from the start that the challenge is not the equations themselves, but rather what they appear to say about the universe we live in. In contrast to the ‘shut up and calculate’ position taken by Feynman and many others, Ball urges the reader to ‘do better’, ‘push back’ and be exhilarated by what a real quantum theory might look like if it existed.

The book explores, clarifies and occasionally dispels the ‘weird’ claims that quantum mechanics appears to make, including the familiar faces of wave-particle duality, superposition, Heisenberg’s uncertainty principle and entanglement. Ball takes us back to the theory’s roots and picks apart common misinterpretations, explaining that these are frequently due to well meaning but misleading analogies made both by researchers and the general public attempting to gain purchase on a completely new way of conceiving reality.

Schools of thought from Bohr and the Copenhagen Interpretation of quantum mechanics – that ‘there is no quantum world. There is only an abstract quantum physical description’ – which appears to leave the author wanting more, to the controversial but popularised Many-worlds Interpretation, which he is definitely not a fan of, are highlighted. So are potential applications such as quantum computing and quantum reconstruction, which Ball is very optimistic will give us answers, or at least, better questions.

Catering to a non-specialist reader, Beyond weird gives comprehensive descriptions of what the interpretations describe and where these came from, both from the perspective of the mathematics, and the scientists themselves, considering their personal situations and philosophies. After all, as Ball suggests, the challenge of grappling with what quantum theory means forces us to question our position in the physical world, and everything we know about it. He summarises that: ‘Quantum mechanics doesn’t tell us how a thing is, but what (with calculable probability) it could be, along with – and this is crucial – a logic of the relationship between those “coulds”.’

For me – a chemist who was intrigued but confused by a mixture of quantum mechanics undergraduate lectures, all-you-need-to-know-about-Schrödinger’s-cat style pamphlets and my physicist friends’ attempts to educate me over lunch – this book was perfect. It is engaging and clear without feeling dumbed down. I would recommend it to anyone who is interested in really understanding what quantum physics is all about.