Hot Carbon: Carbon-14 and a Revolution in Science 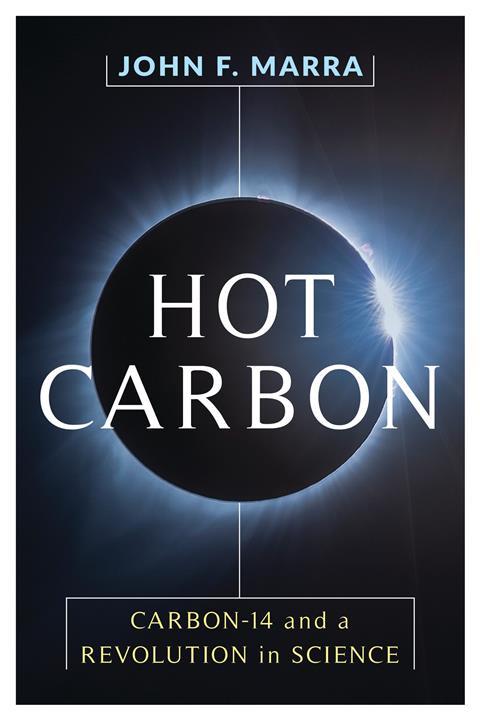 Inspired by his oceanography research working with carbon-14 – also called hot carbon – John Marra highlights how this isotope has transformed many fields of research. While readers might already be familiar with the concept of carbon dating to add weight to newsworthy archaeological finds, in Hot Carbon Marra showcases the much broader and more complex history and reach of this isotope.

Each chapter focuses on a technique or use of the starring isotope, combining explanation of the science with an anecdotal story. These are either recounts of moment in Marra’s own career or biographical accounts of the scientists involved. Taken as standalone chapters, these anecdotes work well. However, I found after a few, they became quite wearing, as there is no overall narrative. The stories feel forced rather than a fun addition to the science Marra is trying to highlight.

Meanwhile the scientific concept explanations didn’t quite work for me either. Marra makes these conversational, perhaps mirroring his train of thought. While this may work well for some readers, I found this back and forth to be both tiring and confusing. Perhaps related, but as a chemist I found a few scientific explanations to be misleading. For example, in figure 2.2, displayed to explain electron sharing in methane, only half the electrons are shown participating in sharing.

For those working with carbon-14, I would recommend this book as a collective of short, light stories to sample the wide scope the isotope has had on other fields. There is enough science in the book to serve as a reminder of any theory readers might already have mastered. For the interested reader, the anecdotal narratives are interesting enough, and connection to other fields give colour to the field they are invested in.

However, I wouldn’t recommend Hot Carbon to anyone looking for an exhilarating or educational popular science read. While the title piqued my interest as a casual reader, rather than feeling I have a more comprehensive understanding of carbon-14, my main takeaways have been gossipy titbits about the characters and tensions within nuclear testing and oceanography, as well as an appreciation that studying the ocean is vastly complex.