Rebel Star: Our Quest to Solve the Great Mysteries of the Sun 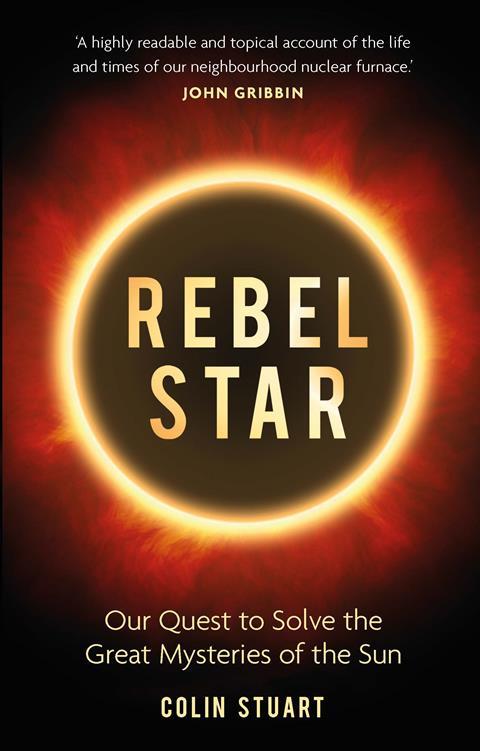 Space exploration and astronomy fascinates me, it always has. Over the last Christmas holiday season I rewatched the wonderful BBC television series The Planets, and it struck me how often the sun was mentioned. It plays a vital role in shaping all the planets in our solar system. Yet it occurred to me that we rarely see science programmes about the sun itself. I had assumed that this was because we simply did not study it as much as the rest of the celestial bodies in the night sky. How wrong I was!

Rebel Star by Colin Stuart is an absorbing read about the history of our investigation of the sun and the scientists – who I have learnt are called heliophysicists – who made breakthrough discoveries. Everyone from Newton to Einstein played a part in unlocking the sun’s mysteries. Even the seemingly simplest of questions – What is it made of? How hot is it? – have proven to be quite complicated to answer, sometimes requiring scientists to discover new particles or even develop new physics to solve them.

The book is very well paced and structured, and does not simply start at the beginning of solar investigation and follow it chronologically. It jumps about a bit, with each chapter covering a theme. Most chapters contain one or two interesting anecdotes about the people or places involved.

Some of the concepts that Stuart is explaining are very complex, but he tries to simplify them, which I greatly appreciated. Indeed, sometimes this is the only way to explain something where the scale is so big it is hard to comprehend. Here’s one example: ‘Since you started reading this chapter, the total weight of material lost by the sun through the solar wind is more than the mass of every person on the planet combined.’

Research on the sun continues to this day. The solar research probe Solar Orbiter, which has been made in the UK, has been launched on 10 February 2020. I look forward to seeing what secrets it uncovers.