Toxic exposures: mustard gas and the health consequences of world war II in the United States 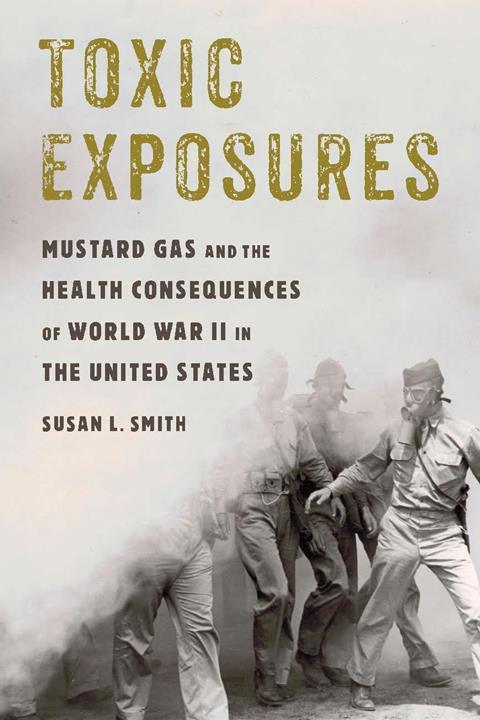 Mustard gas, the liquid bis(2-chloroethyl) sulfide, was first used by the Germans in 1917 so it is appropriate that, a century on, we should have a partial account of its history. This book deals with post-world war one aspects of the chemical warfare agent. For readers wishing to know about its syntheses, the discovery that it causes blistering and other properties that made it a feared weapon, and its application in the war itself, I recommend its Wikipedia article as a good starting point.

Though the Geneva Convention of 1925 outlawed the use of chemical weaponry, nations were by no means sure that they wouldn’t feature in any future conflict. Thus research continued into the development of other war gases, the best means of protecting troops against the chemical agents, and the stockpiling of vast amounts of these lethal materials ‘just in case’. In Toxic exposures, historian Susan Smith deals at some length with the mustard gas experiments conducted in the US on naïve troops. Typically these ‘volunteers’ would be made to advance across gas-contaminated land to assess the effectiveness of various types of protective clothing. In many cases the result was appalling blistering. Other studies tested the notion that non-white soldiers might be more resistant to the effects of mustard gas than white soldiers, with a view that if it was confirmed, the former group could be at the forefront of any thrust where the noxious material might be deployed.

Once world war two was over, the warring nations were faced with the problem of disposing of their stockpiles. The cheapest solution was to dump the shells at sea, but corrosion caused leakages and the hydrolysed liquid formed a protective crust over the rest of the contents. Thus the deposits still pose a hazard if they are washed up on beaches. The final part of the book deals with mustard gas-derived anticancer agents. Though disease recurrence was a major early problem, the partial successes here showed that indeed it was possible to attack cancer with chemical agents. There is not a lot of ‘true’ chemistry in this slim volume, but it should appeal to readers who wish to gain insights into this murky world of chemical warfare.