Unravelling the Double Helix: The Lost Heroes of DNA 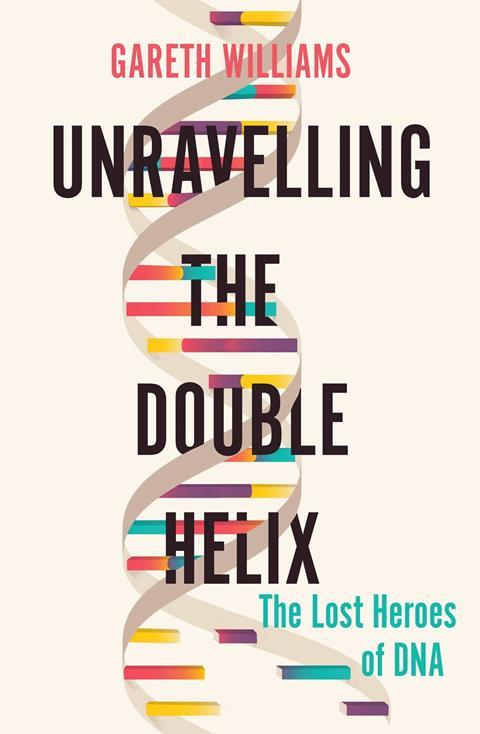 In 1665, Isaac Newton said: ‘If I have seen further it is by standing on the shoulders of giants.’ In 1953, faced with the model of the structure for DNA, which the Cambridge team of Francis Crick and James Watson had constructed from insights provided by x-ray crystallographers at Kings College London (KCL), Rosalind Franklin said: ‘We all stand on each other’s shoulders.’ Arguably a remark free from bitterness and rancour, considering that the KCL team had been eclipsed in this race to solve one of the major mysteries of 20th century science by a couple of upstarts who had carried out no relevant experimental work themselves.

Of course, the story of DNA did not start in 1953 with Watson and Crick’s epoch-making letter to Nature. It has a rich history populated by many scientists, most of whom are now forgotten. Gareth Williams has constructed a readable and compelling narrative based on these unsung pioneers. He provides a fusion of their discoveries, well contextualised and seamlessly integrated with biographical details. He refers to the microscopist who discerned the movement of chromosomes during cell division, Walter Flemming, as ‘one of the few genuinely nice people in the history of DNA’. From this, we can deduce that Williams feels that the DNA story is largely populated by people who aren’t genuinely nice. And, after reading this book, with the characters of the leading participants laid bare, I came to share the author’s view. He gives several examples of what he calls ‘the fine art of obstructionism’, such as the molecular biologist Alfred Mirsky’s attempts to discredit his colleague Oswald Avery’s work on the proof that DNA was the ‘transforming factor’ that could alter the genetic characteristics of bacteria, a vital step in the DNA story.

Williams is broadly sympathetic towards Franklin, and less so towards Watson, whose egotism permeates the later chapters of this book.

Just as Watson’s 1968 book The Double Helix was a riveting good read, so is this one. Not only did I find it hard to put down, I’m now moved to seek out other science histories by Williams. Highly recommended.