Wisdom of the Martians of science: in their own words with commentaries 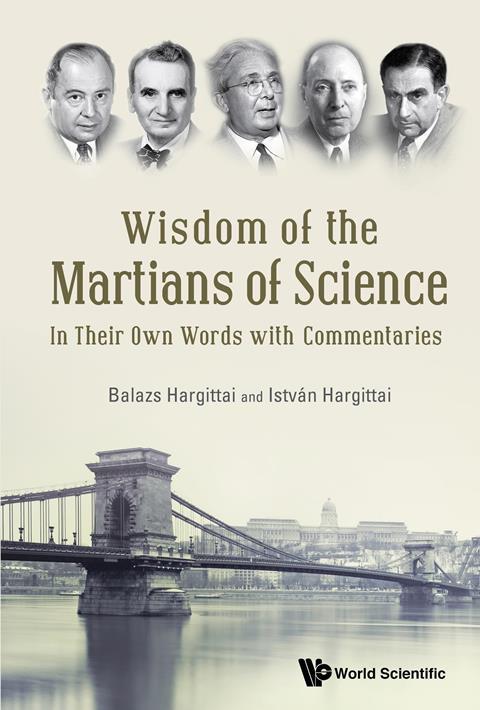 Today we associate anti-semitism with the Nazis and the Holocaust, but it had a strong presence in pre-war Eastern Europe. In Hungary, Miklós Horthy was regent from 1920 to 1944. Under his reign, and quite possibly with his encouragement, the National Assembly reflected popular opinion by passing several anti-Jewish laws including some that limited access to higher education and access to the professions. During this period, many aspiring Jewish mathematicians and physical scientists realised that they would only be able to pursue their careers outside their homeland. Some, like Leo Szilárd, sought refuge in Germany, only to have to flee again when the Nazis came to power. Many ended up in the US, their research contributing to the Allies’ victory in the second world war. All spoke English with a pronounced accent, and amongst themselves chatted away in an apparently incomprehensible foreign language. This gave rise to the light-hearted suggestion that they came from another planet, hence the collective nickname ‘Martians’, which they adopted themselves, finding it humorous.

The five individuals in this book are John von Neumann, Theodor von Kármán, Leo Szilárd, Eugene Wigner and Edward Teller. The authors have trawled through their writings and interviews to select a host of quotations, which they have classified under various headings: biographical (with an emphasis on their early lives in Budapest), general, education, history, politics, research, science, scientists, human traits, personal and religion. Only computer scientist von Neumann gets a ‘humour’ section, but be warned: in my opinion Hungarian humour does not travel well. The authors add comments to several of the quotations so the reader can easily appreciate the context in which they were made.

The authors assert that readers will find their selection ‘intriguing, witty, provocative, and thought-provoking … extending over many aspects of life and culture that impinge on our existence … The power of their words and their philosophies will inspire readers to pursue their own dreams’. The book should appeal to historians interested in this period of science, and to the general reader who wishes to get to know better these individuals whose work influenced so much the second half of the 20th century.