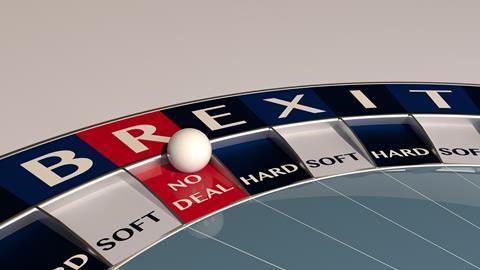 A major new survey commissioned by the Royal Society of Chemistry has revealed the full extent of concerns in the sector about a no-deal Brexit. The society questioned chemistry professionals from across the UK, EU and beyond, with the results providing the clearest evidence yet that the change would be potentially catastrophic for science and innovation in the UK. Of the 5800 chemists surveyed, 72% said ‘no deal’ will be very negative for UK science and only 4% think it would have a positive impact.

No-deal is not an option for the chemical sciences

Although parliament has rejected a ‘no-deal’ exit from the EU, there is still a great deal of uncertainty and little time to reach an agreement that will avoid the legal default of departure on 29 March. ‘While parliament has voted against leaving the EU without a deal, the government now has only a matter of days to make this a reality and avoid crashing out. It is absolutely crucial for the chemical sciences and the hundreds of thousands working in industry and academia who feel they are being hung out to dry over this uncertainty,’ says Tanya Sheridan, Policy and evidence manager at the Royal Society of Chemistry

‘For 72% of respondents to say a no-deal Brexit would be “very negative” should be a sobering reminder for government about the potential impacts this could have on UK science and innovation.’ Sheridan adds. ‘It is vital the government ensures a good deal for science and innovation that supports jobs and allows both academia and industry to maintain the UK’s world-leading position. No-deal is not an option for the chemical sciences.’

Chemistry is worth £50bn to the UK economy, but a Bank of England report last year said the sector’s output would drop by 35% – the equivalent of a hit of £17.5bn to the economy. This would make it one of the hardest hit sectors by a no-deal scenario.