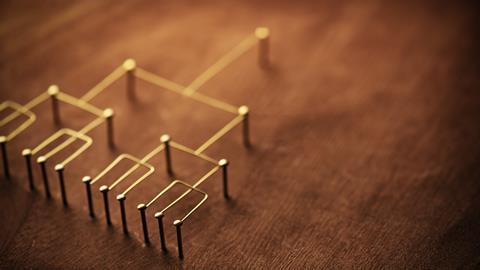 About 80% of faculty that trained in the US received their PhDs from just 20% of universities there, according to new analysis by a team at the University of Colorado, Boulder. The group examined data on tenured or tenure-track faculty working at 368 PhD-granting universities in the US from 2011 through 2020.

The researchers found ‘universal inequalities’ in which a small minority of universities supply a large majority of faculty across fields in the US. ‘Analyses of faculty hiring networks, which map who hires whose graduates as faculty, show unambiguously in multiple fields that prestigious departments supply an outsized proportion of faculty,’ the study’s authors wrote.

This is important, they pointed out, because affiliations with such elite institutions improve the acceptance rates of research papers in single- versus double-anonymous review, provide greater resources to write more papers, and attract more citations, attention, as well as awards. Furthermore, the researchers noted, because the vast majority of faculty work in departments that are less prestigious than those where they trained, the more prestigious departments are the ones that broadly dictate academic norms and culture.

The UC Boulder analysis revealed that 11% of US faculty received their doctorates outside the country, but there were significant disparities by field. For example, only 2% of faculty in education departments earned their PhDs internationally compared with 19% of faculty in natural sciences departments. It also turned out that faculty who were trained abroad primarily received their instruction in just a few countries – more than 35% studied in the UK or Canada, compared with less than 5.5% from Africa and the Americas, excluding Canada.

However, these figures on female faculty are not reflected in the percentage of new hires. In fact, the UC Boulder team attributed the overall rise to a disproportionate number of men retiring.

‘Our results indicate that gains in women’s representation over this decade result from demographic turnover and earlier changes made to hiring, and are unlikely to lead to long-term gender parity in most fields,’ the researchers concluded.