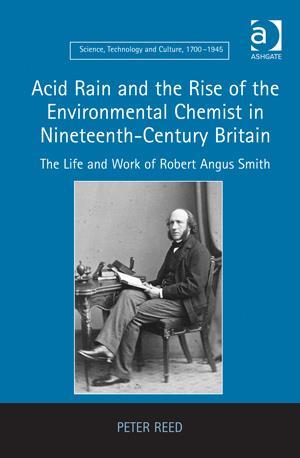 Apart from coal smoke, the most serious problems were caused by the Leblanc soda process, which discharged hydrochloric acid gas into the atmosphere. The Alkali Act, which came into force exactly 150 years ago, stipulated that Leblanc works should absorb most of the acid. Smith was the man chosen to head the new inspectorate, and Reed describes how Smith and his colleagues gained the manufacturers’ cooperation by acting more as peripatetic consultants than confrontational law enforcers. As the chemical industry grew, new processes generated new pollutants, and Smith advised those framing further legislation up to his death in 1884.

A particular strength of Reed’s book is that it describes how Smith’s career prior to his appointment prepared him for the task. Born in Glasgow in 1817 into a family with strict Calvinist beliefs, he was initially destined to be a minister. But he was gradually drawn to chemistry, attending Thomas Graham’s lectures at Anderson’s University (now the University of Strathclyde) and later enrolling as a student of Justus Liebig at the University fo Giessen in Germany. Lyon Playfair, who had been a fellow student at Giessen, gave Smith his first chemical post in Manchester in 1843. Although this soon had to be terminated when Playfair moved to London, Smith stayed in Manchester working as an analytical and consulting chemist. Much of his work over the next 20 years involved environmental issues. He wrote and lectured widely on air and water quality, as well as on sanitary and public health matters. When the Alkali Inspectorate was established in 1864, Smith was the obvious person to lead it. He had found his true metier – applying chemistry for the benefit of society.

Reed concludes by discussing Smith’s legacy, pointing out that the principles he established still inform today’s practice. The book will have wide appeal, but I particularly recommend it to those interested in the history of the chemical industry or the history of environmentalism.

Purchase Acid rain and the rise of the environmental chemist in 19th century Britain: the life and work of Robert Angus Smith from Amazon.co.uk