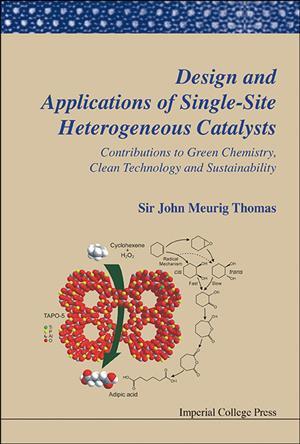 At the turn of the millennium, many in society looked back at the way we were using valuable resources and looked forward to a future where such resources were used more efficiently. As chemistry provides the means to make virtually all of the finished products that we use in everyday life, the focus has turned to making chemical processes greener and cleaner, and using sustainable routes. This monograph shows how heterogeneous catalysis lies at the heart of achieving such goals in a modern society. Furthermore, the subject is developed through the concept of single-site heterogeneous catalysts.

These catalysts typically occur at the interface between a fluid and a solid phase and the catalysts often present a myriad of surface structures, only a few of which have any activity. This complexity causes immense difficulty in designing effective catalysts. The concept of a single-site catalyst removes this complexity and builds bridges to the well-defined world of homogeneous and enzymatic catalysis, which these days are well understood with many enzyme active sites having been determined. In addition, Thomas points out the key differences between single-site catalysis and immobilised homogeneous catalysts. This latter approach has been extensively used but often the activity and specificity of the homogeneous catalyst is lost in immobilisation, whereas with single-site catalysis much enhanced activity can be observed. The subject is developed using both microporous and mesoporous open structures and then it is demonstrated how single-site catalysts can be designed within these beautiful frameworks to achieve the clear production of key molecules required by industry today.

Thomas is at the forefront of research on heterogeneous catalysis and has led the development of single-site catalysis. The text is written in his superbly clear style and makes reference to many of the key studies in this field. This monograph is welcomed as it will open up the topic for wider debate and inspire a new generation of researchers in the important field of green chemistry.

Purchase Design and applications of single-site heterogeneous catalysts from Amazon.co.uk.