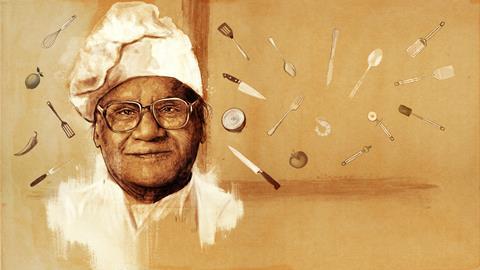 In Situ with CNR Rao

The celebrated chemist on inspiration, Indian chemistry and Benedict Cumberbatch

Chintamani (CNR) Rao is an Indian solid state chemist at the Jawaharlal Nehru Centre for Advanced Scientific Research in Bangalore, India. In 2013 he was awarded the Bharat Ratna, India’s highest civilian award, and holds honorary doctorates from 60 universities.

The most important thing I do every day of my life is listen to classical music. I listen for at least an hour in the afternoon after lunch or early morning. Usually it’s Indian classic. I have a music system next to my table.

When I was young, I’d be in the lab until about 7.30pm in the evening, then play a little badminton or something. But now I’m 85 years old I don’t do anything like that. I listen to music, or read. I do a lot of reading outside of chemistry – historical novels particularly. Right now I’m reading a book called Darwin’s Backyard by James Costa. It’s a very nice book.

I follow cricket. Yesterday India did a fantastic job beating the West Indies in a one-day series,. I’ve never gone to a cricket match: the TV is so good, I just watch it here.

I’ve not gone to the cinema or theatre for a long time. Occasionally my wife brings home something that she thinks we should see. You won’t believe it, but recently I went through the entire series of Sherlock, starring Benedict Cumberbatch. 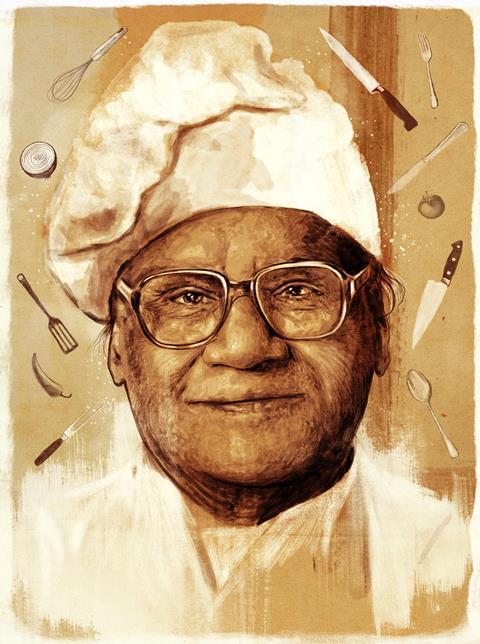 When I was very young I was not clear on what I wanted to do. My father was an educator when the British ruled India. I wanted to be an author all through my life – one who wrote poetry. But slowly things changed. When I was about 10 years old I met CV Raman. He came to my school and gave a lecture that completely took me away. I thought ‘My God, a man can be like that.’ I decided I must be like him. I got to know him very well, and he knew me. And I read Linus Pauling’s book in 1951, when I was 17 years old. I thought ‘My God, who can write like that? God sends him to chemistry!’ So that’s the reason I became a chemist.

If I was not a chemist, I’d have been a chef. It’s my big hobby – I cook for my wife, my children, my friends. Thai food, sea food, food from Goa, France, Italian, Chinese food.

I love the UK, we go there so often. I’ve lived in Oxford, Cambridge and Cardiff. It’s always wonderful to visit England. I’ve gone all around the Europe, but I accept very few invitations now because I’m aged and I need to take care of myself.

When I started, chemistry was a very small, isolated subject. It did not have the multi-disciplinary aspect it does today. It’s not just multi-disciplinary, it’s cross-disciplinary! There’s biology, a lot of material science too. It’s amazing chemistry has expanded its horizon. I think to be a good chemist you need to tackle problems that are not just about synthesising compounds or something like that.

I’ve always been interested in the chemistry of materials and we’ve had a lot of challenges, especially in the past few years. Most of the work is related to advanced materials, in the broadest sense. There are people I follow who aren’t in my field, such as my friend Robert Langer at MIT who does tissue engineering. I do 2D materials, so I follow the latest research into graphene. I do many areas of business.

The greatest threat to the world is the tremendous revolution of religious fundamentalism. It’s terrible, actually; I wish it was a much better world. When I was young, I was influenced by Gandhi. He was a great human being. I don’t see why the world needs to be narrow minded. The second greatest threat is pollution. I’m very worried about it, because if you go to New Delhi or Beijing now, you can’t breathe.

When I was young very few people did science in India. Today it’s become a big thing. But we’re not investing as much as we should do. It’s less than 1% of the GDP in science. In the meantime India is facing tremendous competition, particularly from China. We should be investing more in institutions, in people, in facilities. I think the enthusiasm for science continues, though.

When I was 32 years old, the Faraday Society [now the Royal Society of Chemistry] gave me its medal for outstanding young physical chemists. I could not believe it! Here I was in India, coming back from abroad, and I’d won that. It was the most important thing in my life, and I treasure it. Recently I got the Bharat Ratna, the Jewel of India. Only three scientists have had it; CV Raman had it, and I’m the next one.

Chintamani (CNR) Rao is an Indian solid state chemist at the Jawaharlal Nehru Centre for Advanced Scientific Research in Bangalore, India. In 2013 he was awarded the Bharat Ratna, India’s highest civilian award, and holds honorary doctorates from 60 universities. He was speaking to Kit Chapman.