Inventing chemistry – Herman Boerhaave and the reform of the chemical arts 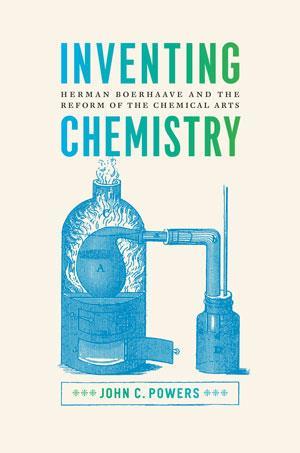 Herman Boerhaave (1668–1738) was a pivotal figure in early chemistry. His professional life was devoted to the medical curriculum at the University of Leiden, Netherlands, from 1701–1738 and he was professor of chemistry there from 1718 (a visit to the excellent Boerhaave Museum in that delightful city is recommended).

Boerhaave’s inspired and very popular teaching (in Latin) was highly influential in his homeland and particularly in France and Scotland. His book Elementa Chemiae of 1732 went through 50 printings and was translated into several languages. He was one of the first to treat chemistry as a subject in its own right and to emphasise its quantitative aspects.

There are other books on Boerhaave but this one has the great advantage of drawing on hitherto unstudied manuscripts from the Military-Medical Academy, St Petersburg, Russia. Powers starts with an illuminating introduction to Boerhaave and his place in chemical history; following sections concern the teaching of medicine and chemistry at Leiden in the early 18 century.

A particularly interesting chapter for chemists is Instruments and the experimental method. Boerhaave was a firm believer in lecture demonstrations and several are described here. These include what must have been one of the first calorimetric experiments (using the recently developed Fahrenheit thermometer), the expansion and contraction of materials, acid–base reactions and syntheses such as that of cinnabar from mercury and sulfur. His philosophy of chemistry is discussed, as is his journey from late alchemy to early chemistry. His teachings and work in spreading the knowledge of chemistry were of fundamental importance, recognised during his lifetime by his being awarded a Fellowship of the Royal Society in 1730. Boerhaave deeply impressed Dr Johnson, who wrote a biography of him in the Gentleman’s Magazine of 1739 and used his definition of ‘chymistry’ in his great Dictionary of 1755.

This lucid, closely argued book could do with more than the five small illustrations given it, and perhaps a more generous index, but is a considerable work of scholarship.