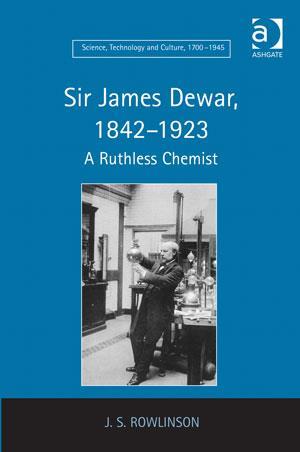 James Dewar was a Scot who held early appointments at the University of Edinburgh after studying there under Lyon Playfair. In 1875 he became Jacksonian professor at the University of Cambridge, and at the age of just 34 was appointed Fullerian professor at the Royal Institution (RI). From all accounts, his experimental prowess rivalled that of Michael Faraday and he was a gifted speaker, giving stimulating discourses at the RI. The author writes, ‘His whole career was to be built around determining the facts; theory he seemed to think of as little better than speculation.’

Dewar’s contribution to chemistry and physics was prodigious. His early work concerned organic chemistry (suggesting a possible structure for benzene, still called ‘Dewar benzene’), atomic spectroscopy and other topics. Cryogenics research was his main focus at the RI, and particularly important was his invention of the Dewar silvered vacuum flask and the liquefaction of gases culminating with that of hydrogen in 1898. With Henri Moissan he liquefied fluorine, of which the author remarks that ‘liquefied fluorine [shows] none of the exuberant chemical reactivity of the gas’. There were remarkable, far-seeing studies on materials at low temperatures (for example, the discovery that liquid oxygen and ozone are paramagnetic).

Is the brilliant subtitle of the book justified? It probably is, though I would have liked more discussion on this. Dewar was variously described as ‘an incarnate devil’ and ‘of quarrelsome disposition and ungovernable temper’. Nevertheless, although he could be disputatious and pugnacious, many revered and even loved him. He was generous, funding much of his contemporaries’ research, and deeply cultured (what other chemist made violins in his youth and became an accomplished musician?). Nine times he was nominated for a Nobel prize by distinguished international figures but, significantly, by no Britons. With fewer personal antipathies he might have received that prize, and if he and William Ramsay had not been at loggerheads, the two might together have liquefied helium before Heike Kamerlingh Onnes did in 1908.

The book is attractively presented with useful illustrations, though the text font size should have been larger. Referencing is exemplary, and the chemistry is well explained with an erudite appendix on gas liquefaction. The book should interest both chemists and historians, and will surely remain the standard biography of a remarkable man.