Looking back at London 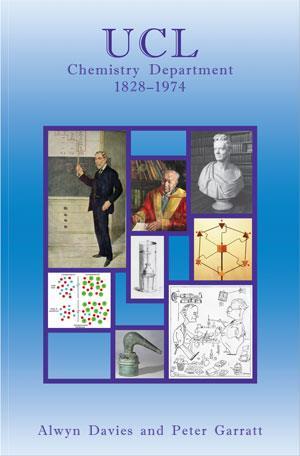 It was a pleasure to review this very interesting book, having been an undergraduate, postgraduate and postdoc at the University College London (UCL) chemistry department between 1975 and 1984. The book covers the history of the department up to just before I arrived, but I attended several talks as a student about its history, so at least some of the names and events were familiar. Also, while I was not actually taught by the authors, I knew of them both as staff members in the department.

As well as describing the history of UCL chemistry, the book mentions the staff that worked there, including their backgrounds and research interests, as well as information about the buildings occupied. There’s plenty of chemistry as well, which is a very nice touch.

The first 10 chapters of the book describe the history of the department from its conception in 1828 to 1971, when Ronald Nyholm died. A chapter is then devoted to the considerable influence of Australian chemists on the department (who came to UCL partly due to the fact that an MSc was the highest qualification in chemistry that could be obtained in Australia in the 1950s, and no doubt partly because they were attracted by the presence of fellow Australians Nyholm, Alan Maccoll and David Craig on the staff), before turning to the inorganic chemistry staff. The next two chapters are concerned respectively with the organic and physical chemistry staff, and with the technical and secretarial staff (including a section on the Sir Christopher Ingold Laboratories, which opened in 1969). The final two chapters are about the lab dinner and the Chemical and Physical Society (which are both still going strong), and students’ memories of their time in the department.

For anyone interested in the history of chemistry and its development as an academic subject, this book is a must. It also provides interesting and detailed information on UCL chemistry staff. For example, in this International Year of Crystallography, the section on Kathleen Lonsdale will be of particular interest. I recommend it to all UCL chemistry alumni; it will certainly bring back some happy memories.